Toyota Camry to Roll Out from India

Toyota’s popular sedan, Toyota Camry, may soon roll out from the company’s Indian manufacturing unit in Bangalore. The company also intends to bring its SUV, Toyota Fortuner, to India as CKD and assemble the same to combat the duty structure.

"We are contemplating local assembling for Camry depending on volumes. It is one of our flagship products and we are selling in excess of 500 cars per year,” says Sandeep Singh, TKM Deputy Managing Director (Marketing).

The Camry is currently being imported from Japan that attracts 114 percent import duty and sells at Rs. 21 lalkh and above. Manufacturing the Camry in India will bring its price by nearly 20-25 percent and the company intends to pass on the benefit to its customers. 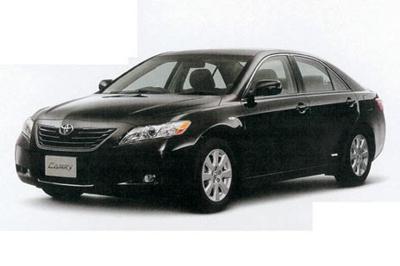 “After a decade of operations in India, we are increasing our focus here. We plan to launch an all-new ‘strategic small car’ platform for India and other emerging markets and would also utilise Indian talent for product development,” added TKM MD Hiroshi Nakagawa.

Toyota also has plans to bring not only Fortuner but also Land Cruiser to India in early 2009. Toyota has committed an investment of Rs 3,200 crore in India for setting up its second manufacturing plant in Bangalore by 2010. It is moving ahead with its expansion plans.