Tough Times for Tata Motors, Will it Survive?

"Those who will survive will survive, those which will not, will fail," Tata Group chairman Ratan Tata told India's NDTV Profit late Friday. "Each company has to find its way of sustaining itself," he said in a wide-ranging interview. India’s one of the biggest and the oldest conglomerate Tata Group is facing tough times. Each company has been asked to devise its own survival plan and come back to the chairman with its proposal. Ratan Tata called the ongoing crisis as "probably the most difficult time most of us ever had in our lives."

Tata Motors is one of the group companies which have been given the mandate to come back with a plan. Tata Motors has had quite some difficulties while launching its Nano car. Its nightmare probably began in Singur when the company had to shut down the nearly complete plant and relocate to Sanand in Gujarat. Its much awaited model Tata Nano has been delayed considerably and is not expected meet the market demand before next year. 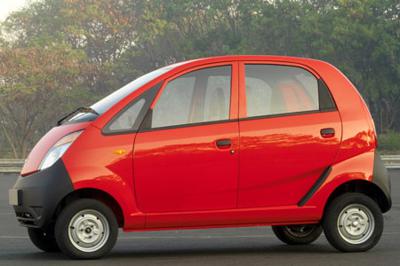 Tata Motors had also been in news due to shutting down of its plants at various locations. Moreover, lately reports had surfaced that it had delayed its payments to its suppliers. The worsening global crisis, absence of credit in the market and decline in sales has hurt the cash inflow of the company.

However, the company still has an ace up its sleeves – Tata Nano. It is a model designed and developed for the developing markets around the world that have an insatiable demand for small family car. Deepening economic crisis has further led to the expansion of the small car market across the world. What remains to be seen is will the volume sales of Tata Nano pile up enough cash to bridge the gap?