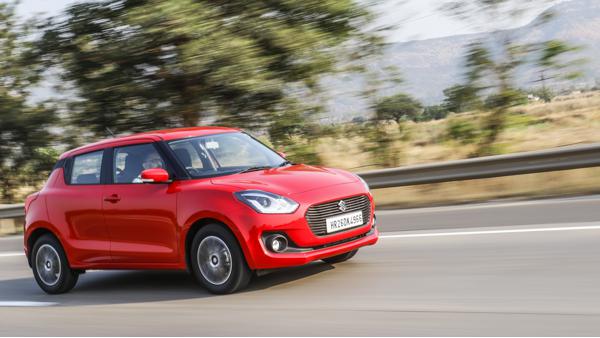 A considerable share of car manufacturers in India have upgraded their product line up to comply with the BS6 emission norms. The car sales are slowly gaining momentum in the country due to various reasons like heavy discount on older stocks, products updates and changing sentiments. Read below to learn more about five bestselling cars in India in February 2020. Interestingly, top four positions feature Maruti Suzuki badged cars. Kia, the new entrant in the Indian market, holds the fifth position. Read below to learn more about the top-five bestselling cars in India.

The second bestseller for Maruti Suzuki, the Wagon R is also based on the Heartect platform. The hatchback is available in two engine options – 1.0-litre and 1.2-litre. Both the engines are available in both manual and AMT options. Back in February, the company sold 18,235 units of Wagon R as compared to 15,661 units sold in same period in 2019, thereby registering a 16 per cent growth last month.

Maruti’s entry-level car, the Alto has always been one of the three bestselling cars in India. This time around, the Alto sales have dropped by 28 per cent with 17,921 units as against 24,751 units sold in February 2019, therefore it takes the third position on our list. The sales for the Alto is likely to have dropped with growing interest for B-segment cars in India. The Alto gets an 800cc engine, while the Alto K10 gets a 1.0-litre petrol engine.

Maruti Suzuki Baleno, the premium hatchback is sold via the Nexa outlet in India and is the fourth bestselling car in India in February 2020. The Baleno is the first premium hatchback to be offered with a BS6 update in the premium hatchback segment. However, the BS6 update is limited to the 1.2-litre petrol engine, while the 1.3-litre diesel engine is due for a BS6 update and will be sold only till the end of this month. The Baleno sales have dropped by eight per cent in February 2020 with 16,585 units sold last month as against 17,944 units sold in the same period last year.

Kia marked its debut in India with the Seltos SUV. The Seltos is a popular selling model in the country, thereby making it the fifth bestselling car on our list. Kia has sold 14,024 units of the Seltos in India in February 2020. Kia Seltos was launched in India in August 2019 and it was introduced with BS6 compliant engine options.

Kia Seltos is the bestselling SUV in India in February 2020