Maruti Suzuki India Limited, the country's largest passenger car maker, introduced its Alto K10 in August 2010 and since then, the model has been successfully working in the domestic auto market. From August 2010, the model has found more than 3 lakh buyers in a span of three years. The model has been equipped with a performance oriented K-series engine, which has a displacement of 1000 cc. The maximum power churned out by this engine stands at 87 bhp. Along with a powerful output, the Alto k10 smoothly covers a distance of 20.92 kmpl, which makes it an easy car to glide over the busy city roads. 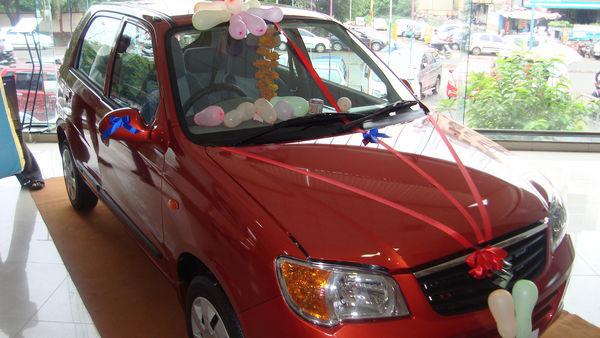 Industry experts are of a view that the Alto K10 is all about energy and performance, the credentials which are highlighted in the recently aired television commercial of the model. The country's youth is ready to go extra miles, in order to confirm that they get exactly what suits best their requirements. Reportedly, this is the new mantra of youngsters to be passionate for that thing which they do

The Alto K10 embodies its spirit 'Let’s Go!' by being an ideal partner of the Indian buyers in assisting them achieve their dream and chase their passion. In its new TVC, the auto maker represents a pair of musicians, who are not happy with their composition and are turning out to be in studio.

In a zeal to achieve the desired music, both the young musicians decide to get out of their studio in K10 and quickly collects sounds that facilitated them to develop the kind of music what they want to. Following this, they started recording music at various places for the search of natural sounds. Finally, musicians arrive a place where they enjoy what they have composed while on the move in their Alto K10.