The First Nano Hits the Road!

Today, Ratan Tata inked the name of Ashok Vichare in the history of automobile industry as he became the first proud owner of the world’s cheapest car – Tata Nano.

Ratan Tata, the Chairman of the $62.5 billion Tata Group, who had promised to deliver the "people's car" at just Rs 100,000 ($2,500) at factory gates, himself handed over the car keys to Ashok Vichare. Ashok Raghunath Vichare booked Tata Nano earlier this year in April and was one of the few selected lucky customers whose name appeared on the allotment list. He became the proud owner of a gleaming silver-coloured Nano today. 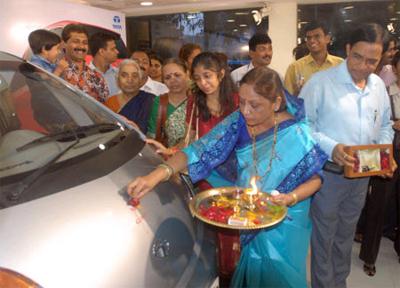 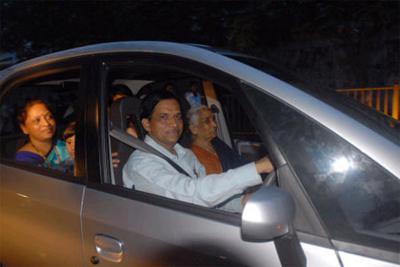 Vichare decided to drive the car first to the Siddhi Vinayak Temple in Mumbai which is the city's iconic and famous temple. Vichare’s family had accompanied him to the showroom and attended the ceremony along with Vichare. They drove off on Mumbai streets and headed towards the temple.

The second owner of Tata Nano was Ashish Balakrishnan, but his dream turned out to be a nightmare as he lost his keys soon after Ratan Tata handed over the set of keys to him. Tata Motors will give new duplicate keys to Balakrishnan on Saturday and his cousin will drive off the car.

First Nano to be Handed Over Today