The Indian arm of Jaguar Land Rover, the iconic British luxury automotive marque and subsidiary of Tata Motors, is mulling the idea of vehicle manufacturing operations in the country. The company is looking to spread its wings in emerging auto markets of the world, such as China and India. Industry experts believe that Jaguar Land Rover's footprint expansion plans will surely be facilitated by its parent firm- Tata Motors in the country. 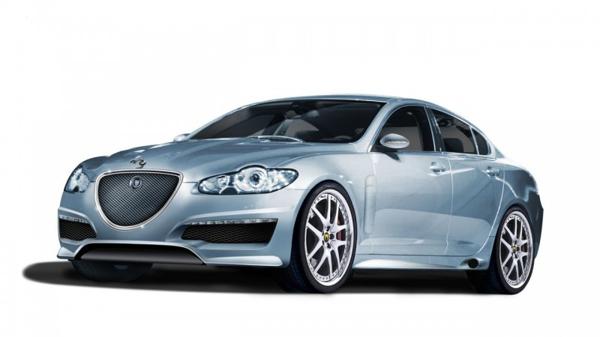 As per reports, Jaguar Land Rover has embarked on a study under which it will study the possibilities of localised production from scratch of its XF luxury saloon and Freelander 2 Sports Utility Vehicle (SUV) on Indian turf. At present, the iconic British premium car maker retails its XF and Freelander models via the Completely Knocked Down (CKD) route in the country. The engines and auto parts for the CKD assembly are shipped from the company's factories situated in United Kingdom (UK). Sources suggest that the Land Rover is also looking at the possibility of assembling its Range Rover Evoque premium SUV on the Indian turf, but no information regarding the time frame has yet come up.

In January 2013, Jaguar Land Rover started the local production of its 2.2 litre diesel powered trim of the XF luxury sedan at its manufacturing facility in Pune, Maharashtra. The company's vehicle assembling unit is operational within a Tata Motors plant that manufactures heavy duty trucks and hatchbacks. Since May 2011, Land Rover has been manufacturing its Freelander 2 model in Pune as well, from the engine and components imported from the British car maker's Castle Bromwich unit situated in Birmingham, central England. The Jaguar XF and the Land Rover Freelander 2 are the company's top selling products in the India auto market.

Expressing his views on the company's future plans for Indian luxury car market, Del Sehmar, a Mumbai-based spokesperson for Jaguar Land Rover, has been quoted as saying, “Jaguar Land Rover has ambitious plans to expand its manufacturing footprint and increase production in markets outside Britain. We continue to examine options to expand our range of locally assembled products.”

At present, Tata-owned Jaguar Land Rover is chasing down the impressive sales and business of other luxury car makers in the country, such as BMW, Volkswagen-owned Audi, and Daimler-owned Mercedes-Benz. The localised assembly could certainly help the company in avoiding the sky high import duties offered on luxury models, which has recently been increased to 100 per cent from the previous 75 per cent, post 2013-14 Union Budget.