The wait finally seems to be getting over as the world’s cheapest car is ready to hit the Indian roads on March 23. Nearly everyone is waiting for Tata Motors to start bookings for Nano. "Tata has lost some momentum because of the delays, and competition may have put it to use," said Deepesh Rathore, managing director, India of UK based consultancy, Global Insight. However, looking at the anticipation amongst the Indian consumers, the comment does not seem to hold true. India and the rest of the world is seems to be waiting anxiously for this little car to become available. 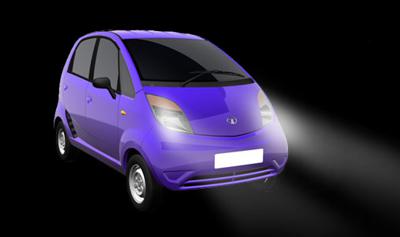 Monday the 23rd will bring a new dawn when the “People’s Car” will be launched for the people. It was unveiled in 2008 with a dealer price of Rs. 100,000. The latest details of the car are now available as the car gets ready for a launch amidst worsening global crisis.

Booking forms for Tata Nano will be available only for 14 days at SBI, Westside, Croma stores and, of course 400-odd Tata Motors dealerships. The company also intends to establish Nano as a brand itself. It intends to launch Nano merchandise, including Nano phones and watches which will be marketed through various retail outlets.