Tata Indigo eCS facelift to be unveiled soon in India

If sources are to be believed then Tata Motors, India's largest automobile manufacturer, is just days away from unveiling the 2013 Indigo eCS model in the domestic car market. The company could pull wraps off the facelift version of entry level sedan Indigo eCS sometime in the third week of June 2013. The company is expected to launch revamped Indigo eCS and Nano models by the end of this month. As per reports, Tata Motors has already started dispatching the 2013 Indigo eCS models to its dealerships located across the country. 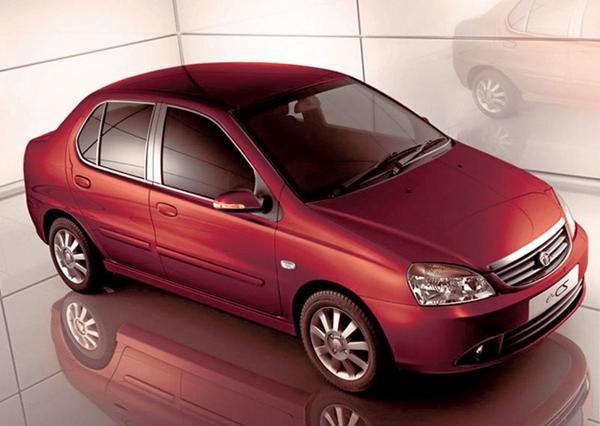 Looks wise the revamped Indigo eCS models appears modish and contemporary at the outset. The entry level sedan gets new headlamps with blackened surrounds and redesigned bumpers, while the fog lamps and air dam have styling similar to the likes of Tata Manza and Vista models. The new front grille looks stylish and boasts of reworked detailing with heavy chrome treatment. This grille is expected to be a common design feature in the other yet-to-be launched Tata cars.

Under its hood, the 2013 Tata Indigo eCS entry level sedan would come fitted with same 1.2 litre petrol and 1.4 litre diesel engines, which powers the outgoing models at present. These frugal and highly fuel efficient engines would be retained in the facelift version. Currently, Tata Indigo eCS range is offered to domestic buyers within a price band of Rs. 5 to 6.10 lakh in the domestic passenger car market. The company has pitted its Indigo eCS entry level sedan in a stiff battle against the likes of Maruti Suzuki Swift DZire, Honda Amaze, Chevrolet Sail and Toyota Etios, amongst others in the country.