Suzuki India planning for the launch of Suzuki Inzuma

The two-wheeler department of the Suzuki Motors seems to be gearing for the launch of a new motorcycle in the Indian auto market, named as Inzuma 250 cc. It must be noted that this model is also called as Suzuki GW250 by some of the auto aficionados. Regarding the launch of this bike in the Indian market, a lot of speculations are already doing rounds in the cyber space; however nothing has been confirmed by the company officials as of now. Some of the reports also suggest that the model will witness the Indian daylight somewhere around the festive season this year. 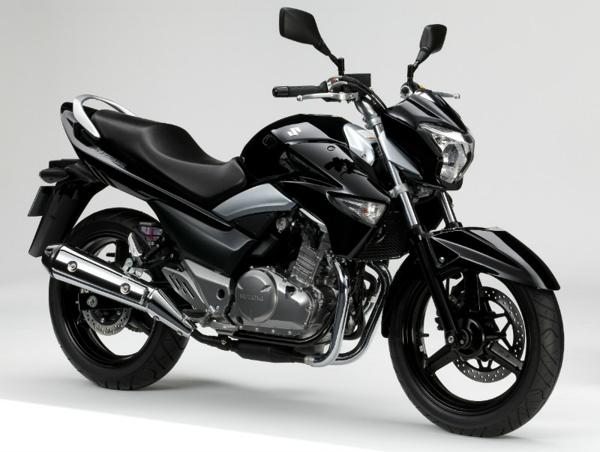 Suzuki India planning for the launch of Suzuki Inzuma

The Inzuma 250 cc has been already introduced in several developed auto markets, like USA, and has received a good response from the industry experts. Interestingly, a number of test mules of the model has been spotted in the country, which give a strong belief that the model will soon mark its presence in the Indian auto market. Coming to the technical specifications of the upcoming bike, the upcoming Suzuki Inzuma is expected to feature a 248 cc twin cylinder engine, which will belt out a maximum power of 26 bhp, accompanied by a peak torque output of 24 Nm. Adding to the performance of this engine, its engine will be assimilated with a six speed manual transmission system.

Ensuring the complete safety of its passengers, the bike is expected to come equipped with disc brakes at both the ends. Designing of this bike has been done with much precision and all of its weight has been equally distributed at all the respective parts. With a fuel tank capacity of around 13 litres, the weight of 2013 Suzuki GW250 measures at 182 kg. The designing traits of Inzuma has been shared from the highly appreciated Suzuki B-King. Post its launch in the Indian auto market, the bike is anticipated to deliver a stiff competition to Honda CBR250R, KTM Duke 200 and Bajaj Pulsar 200 NS.

On the launch of a new bike in the sports segment, industry experts are of a view that Suzuki Motors is looking ahead to consolidate its position in the Indian auto industry. Suzuki Inzuma is anticipated to be hit among the Indian buyers as premium bikes are doing a good business in the country as of now.

BMW 2 Series to sit below the 3 Series globally