Ssangyong Motor Company, the South Korean subsidiary of leading Indian Utility Vehicle (UV) manufacturer Mahindra & Mahindra, has decided to bring out a new compact Sports Utility Vehicle (SUV) on the similar lines of Ford EcoSport. A cue for this development was taken from the Seoul International Motor Show, where it was confirmed by the Chief Executive Officer (CEO), Lee Yoo-il, who also said that SsangYong's LIV-1 premium SUV concept would be going into production. The company's LIV-1 concept was also showcased during the 2013 Geneva Motor Show. 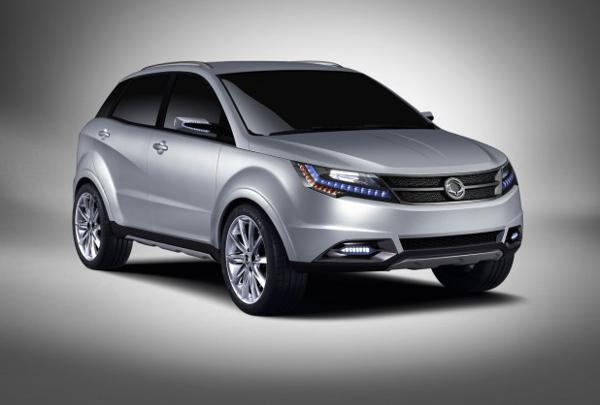 The new crossover vehicle is expected to be eco-friendly and will produce minimum emission. Vehicles on the new platform would help in building SsangYong's future product portfolio, besides increasing its global sales. The company clearly feels that compact cars and SUVs will witness heavy demand in the coming future.

With the upcoming SsangYong compact SUV model, Mahindra could have two vehicles in its fleet soon, which will compete against the Ford EcoSport and Renault Duster. Currently, Quanto is already being manufactured as a compact SUV. However, one feels that if the new eco-friendly crossover is launched in India, it would have to be differently positioned so that it does not cannibalise Quanto sales. The success of the new model would also depend on how the EcoSport lives up to customer satisfaction.

There are some other vehicles in the global market that would also compete against the likes of the new SsangYong crossover. One of them is the 3008, which is the first crossover to be built by Peugeot, which serves as a great mix of a people carrier, a hatchback and a 4x4. This vehicle is spacious and very practical for large families. Another vehicle is the Renault Captur, an urban crossover. This vehicle provides the space of a Multi Purpose Vehicle (MPV) on the outside, with the dimensions of a compact SUV and shares platform with Renault Clio. One surely hopes to see healthy competition in this exciting new segment, from the likes of many different vehicle manufacturers.