Automobile Dacia S.A., the Romanian automotive firm and a subsidiary of multinational auto major Renault, has unveiled a special limited edition version of its Duster compact Sports Utility Vehicle (SUV) at the '13 Geneva Motor Show. Called 'Adventure Edition', the Duster model comes fitted with a number of interesting exterior and interior modifications and gives a glimpse of what the upcoming Duster facelift will hold in its package. The Dacia Duster Adventure Edition looked like specially designed as a serious off-roading capable SUV. 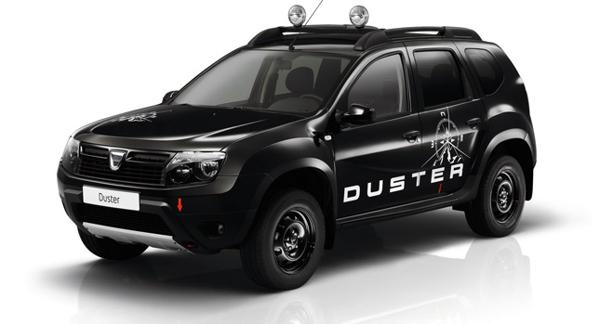 The Adventure Edition model was showcased in two mesmerising colour options- Glacier White and Pearl Black. As per reports, the compact SUV is based on its Ambiance model offered in Europe, which is same as the Duster RXL available in the Indian market. The stylish model used 16-inch black alloy wheels in both the 4x2 and 4x4 drive options.

Evidently, the Renault Duster remains best selling model of its segment in the domestic passenger car market and has revolutionised the small SUV class of vehicles in the country. Hence, it is going to be interesting to note if the recently showcased Dacia Duster Adventure Edition model arrives at Indian shores in the near future. At present, the company is working towards introducing the Duster 4x4 model with the facelift version expected to be launched sometime in 2014 calendar year in the country.