The premium D-SUV segment of the Indian car market has been seeing steady action despite the ups and downs of the Indian car market. The Ford Endeavour was recently updated with a BS6 compliant 2.0-litre diesel engine while the big daddy of the segment, the Toyota Fortuner, is expected to get a major update later this year. The newest player (of sorts) is Volkswagen who has brought in the larger and more practical Tiguan Allspace. It’s a step up from the regular five-seat Tiguan and has been launched for the Indian car market at Rs 33.12 lakhs (All-India ex-showroom). 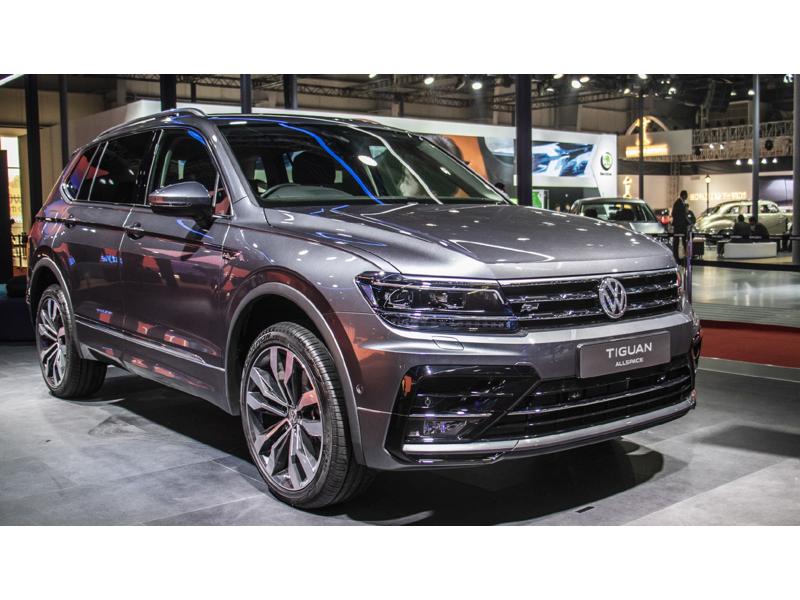 Three approaches to the same game, that’s what is in front of us in this comparison. The Fortuner is the bling heavy traditional old school SUV. There are larger overhangs, chunky wheels and a very noticeable three-box design that define the characteristics of the Fortuner.

In the case of the Endeavour, the ideas are the same but Ford has taken a more modern approach to the same concept by adding a crossover likeness to the shape of the Endeavour. This has been achieved by making the rear overhangs longer than the front one as well as lowering the roofline for a more streamlined appearance. Of course, both these cars still rate high on the step in-step out factor due to their ladder-on-frame nature.

The Tiguan AllSpace is a slightly different animal due to it being a monocoque. The car sits lower, has a slightly smaller footprint and is a much tighter design. It’s an SUV but with the clean lines that define a VW design. The overhangs are minimal but you get a strong shoulder line and heavily flared wheel arches as a part of the package.

Now, given their price points and position, it’s safe to say that all three cars are quite decently loaded in terms of features. All three have touchscreen infotainment systems, powered driver’s seat, climate control, leather upholstery and of course the third row of seating. You also get features like a cooled glovebox, vents with controls for the second row, multiple 12V power sockets and a plethora of storage solutions all around.

Where these cars manage to stand out among each other is through their USPs. The Tiguan Allspace gets dual digital displays, the Endeavour has the most comprehensive off-road package with a bonus of semi-autonomous parallel parking function (Titanium+ only) while the Toyota Fortuner is the largest overall and commands the most attention thanks to its appearance. It is also the most popular of the three cars with significantly higher sales numbers than the Tiguan as well as the Endeavour.

The Ford Endeavour is offered with a BS6 compliant 2.0-litre four-cylinder diesel engine producing 168bhp/420Nm. There’s a 10-speed transmission (yes you read that right) along with Ford’s Terrain Management System (Titanium+ only). The Toyota Fortuner is offered with a 2.8-litre diesel producing 174bhp/420Nm as well as a 2.7-litre petrol producing 164bhp/245Nm. A six-speed AT and 4WD (diesel AT only) is available for both engines while the petrol engine can also be had with a six-speed manual. The Volkswagen Tiguan in this Allspace guise is being offered with a 2.0-litre turbo petrol producing 187bhp/320Nm with VW’s 4MOTION AWD technology as standard.

Volkswagen is betting big on SUVs and has brought the Tiguan Allspace with all guns blazing. Each of the three cars in this fray offer their unique appeal and in the case of the Tiguan Allspace it’s the crossover body style, turbo petrol engine and the fact that it offers a four years/100000kms as compared to the three years/100000km warranty on the Ford Endeavour as well as the Toyota Fortuner.