People, who frequently shop on eBay, recently came across offers about buying a Ferrari F430 at a comparatively lower price of Rs. 32 lakh approximately. A shocking development has revealed that this was nothing but a scam being run by a group in Spain. The Spanish police made an arrest of a group of around eight people, who belonged to Valencia. Along with arresting alleged criminals, the police also captured 19 fake models of Ferraris and Aston Martin cars. According to reports, this action was taken following Ferrari's complaint about breach of copyright. 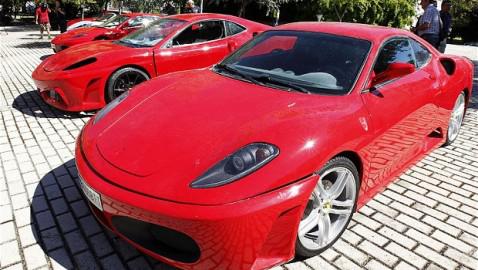 The gang involved in this scam was allegedly producing near to original replicas of famous sports cars-Ferrari and Aston Martin. It is being said that the powertrains used in these replicas were Toyota engines. However, no details regarding the donor car have been revealed by the police. Some believe that the engines used in the production of these vehicles were MR2s, which are said to be the most common units used by manufacturers of replica cars.

Reports have emerged that the gang was successful in selling around 17 fake Ferrari models. Shockingly, these cars were sold to customers who had knowledge about the fact that these were not authentic. Priced at around $60000, these cars featured fibreglass bodies and fake company badges. The Spanish police is trying to locate some of the vehicles that were sold to foreign buyers, although no significant development has taken place. From the images that were revealed by the police, the replicas looked quite similar to the original cars.

Industry experts believe that such scams easily catch hold of attention of those who want to get a luxury vehicle at a cheap price. The advent of online shopping has made it easy for hackers and criminals to fake information and mislead people. These scams have taken place occasionally in the past with several gangs being busted across the globe.