Tamil superstar Ajith, known for his passion of bikes and cars, is all set to ride the new Ducati Diavel for director Vishnuvardhan's upcoming flick. The name of this film has not been finalised as yet and it could be called either Thala 53 or Valai. It also features other stars such as Arya, Nayanthara and Taapsee. Pictures of Ajith riding this bike on Dubai roads have been seen on different websites. The superstar already has a racing career under his belt, having been a Formula Two driver in the past. He also participated in the 2002 Formula Maruti Indian championship, 2003 Formula BMW Asia and the 2004 British Formula Three season. 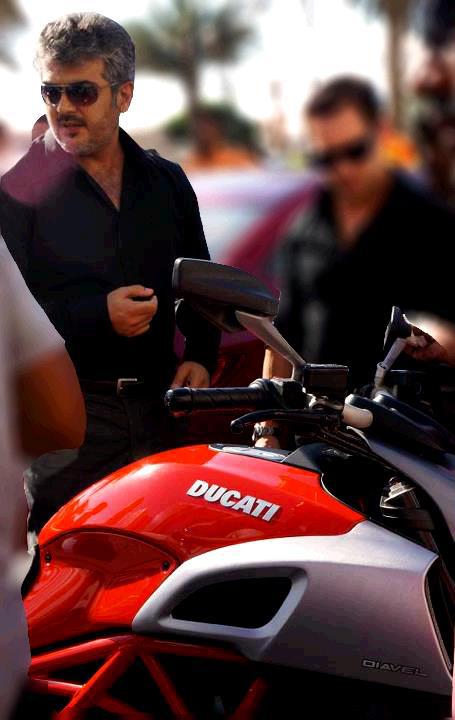 It is believed that Ajith is quite experienced at handling a Ducati. The talented rider was required to ride the bike through the busy streets of Dubai for the action sequences. The Ducati Diavel weighs at 225 kg and its broad tyres allow it to grasp the road easily during high speed. It gets an 1198 cc Testastretta Evoluzione engine, which is capable of generating a phenomenal power of 162 bhp. 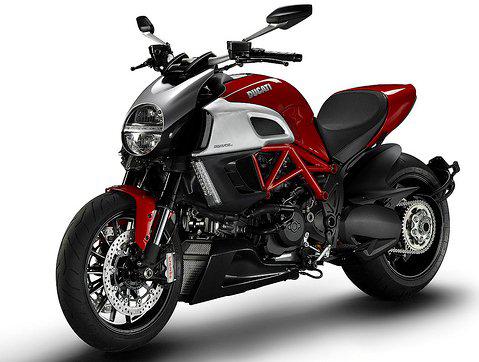 Adding to its performance, the model is mated to a 6-speed Cruise Drive Transmission. The bike accelerates from initial to 100 kmph in just 2.6 seconds, which is quite enthralling. This immensely powerful machine can be purchased at a whopping price of Rs. 26 lakhs. In the abovementioned Tamil film, a high octane scene known as 'La Mankatha' would be shown, which would be coordinated by veteran Hollywood stunt director Lee Whittaker. In fact, this film also includes an amazing boat sequence also coordinated by Lee, who has worked in Abraham Lincoln: Vampire Hunter and Fast Five. Fans expect Ajith to complete the daredevil stunts with Elan. The country hopes that he is not injured in any of these.