Skoda plans to launch its new model, Skoda Superb, on March 10. Although there are no confirmed official reports from the company but it is widely speculated that the model will be launched on March 10.

Skoda’s head (sales and marketing) Thomas Kuehl has already confirmed that the model will be launched shortly and the company will also bring new Skoda Laura by mid-2009. “We have finalised plans to launch the next generation Superb in India and the new Laura will hit the market in the middle of 2009. We want to remain the segment leader in the Rs 10-25 lakh bracket,” Mr Kuehl said. 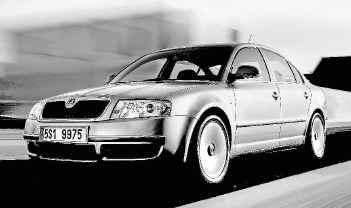 The expected price of Skoda Superb is Rs. 20-25 lakh and will sport flashy interiors and extremely chic style on the exterior. Some of the special features of the upcoming model are new electronic air-conditioning system, new headlamps and an automatic parking assistant system. It will be powered by a powerful 1800cc petrol engine capable of producing peak power of 160bhp and massive 255Nm peak torque.