On 12th February 2013, Honda India launched the fourth generation of its popular Sports Utility Vehicle (SUV), CR-V at an introductory price of Rs. 19.95 lakh (ex-showroom, New Delhi). Following this successful launch, Honda has big plans of launching six new products and their variants in the Indian auto market during this year. The new vehicles would also feature diesel engines, which will be the auto maker’s new move in the country. 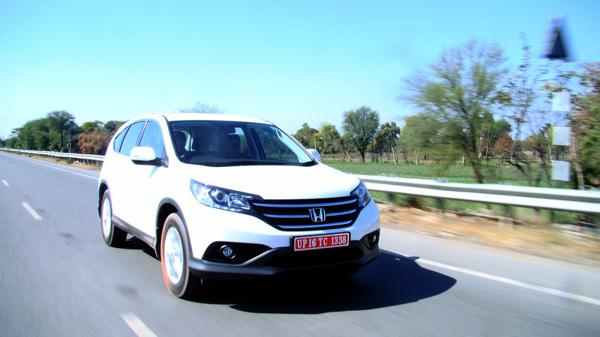 Six new vehicles and variants to be launched by Honda in 2013.

The first of these diesel engines would be fitted in the upcoming Honda Amaze sedan. Amaze happens to be an entry level sedan, which will compete with the Maruti Suzuki Swift DZire and Tata Indigo CS, which are presently dominating the segment. The Amaze would get a 1.5 litre i-DTEC diesel engine and is expected to be launched sometime after the 2013 Union Budget.

Among the new vehicles to be launched, one of these would be placed in utility vehicle segment, competing against the likes of Maruti Suzuki Ertiga, while another would be a compact SUV. Interestingly, only the Renault Duster, Premier Rio and Mahindra Quanto are being offered in this category currently. However, no further details about the utility vehicle have been revealed by the auto maker.

Six new vehicles and variants to be launched by Honda in 2013.

Both CR-V and the Amaze have generated buzz in the media. The new CR-V is much larger and gets better interiors than its predecessor. It gets two petrol engines, namely a 2.0 litre version and a 2.4 litre version with automatic transmission. The 2.0 litre engine produces 155 bhp of power, the 2.4 litre generates a higher power of 189 bhp. However, the auto maker has no plans to introduce a diesel variant of the same in India. The other vehicle, Honda Amaze, would be launched in both petrol and diesel variants. The 1.5 litre diesel engine would produce 87 bhp of power.

Currently, with the absence of diesel engine, Honda is losing out to several international manufacturers such as Toyota and Volkswagen, among others. Though Honda cars are brilliantly engineered, these are unable to offer the same value-for-money as offered by diesel variants of other industry leading models like Vento and the Swift. With diesel engines, Honda should hopefully be able to get back its lost ground in various car categories.

Japan's Isuzu to launch pick-up trucks and SUV in India