Sanjay Dutt, an Indian actor popular for his portrayal as 'Munna Bhai' in movies, is an avid automobile enthusiast and has a huge collection of ultra expensive and high-end super sports cars, luxury saloons and powerful Sports Utility Vehicles (SUVs). Dutt is known to possess the best car collection in the Indian film industry. The Bollywood actor is immensely passionate about cars and has a special liking for masculine SUV models. 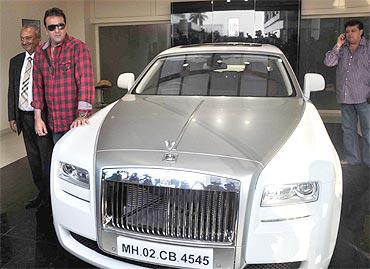 Sanjay Dutt has an extremely enviable collection of exorbitantly priced luxury saloons, such as Rolls-Royce Phantom, Rolls-Royce Ghost, Audi A8, Bentley Continental, BMW 850i, BMW 3 Series and Mercedes-Benz 500 Series. The Bentley was presented to Dutt by his wife Manyata on the occasion of his 51st birth anniversary. The Rolls-Royce Phantom and Ghost are the most expensive models in the actor's garage that is replete with a stellar mix of super sports cars, premium sedans and powerful off-roaders. Further, Dutt gifted Manyata a Rolls-Royce Ghost after the birth of their twins. 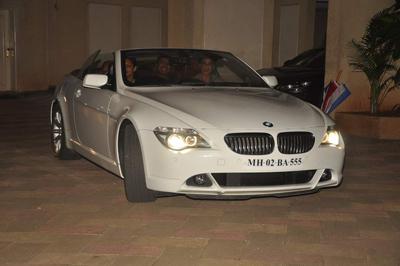 Sanjay Dutt and his love for high-end cars.

Dutt's love for sports cars lured him to bring the stunning Audi R8 to his garage. The actor's super sports car collection includes the likes of Ferrari 599 GTB and the uber-cool Mercedes-Benz SLK Class. As per his close associates in the movie industry, Dutt's first love in automobile is directed towards SUVs. The actor owns a stylish Lexus LX 470, a Land Rover Range Rover Sport, along with the luxury crossover Audi Q7. It is also known that Dutt loves his car dearly and pampers them like his own kids. Apart from high-end cars, Sanjay Dutt also likes to take his beloved Harley Davidson Fat Boy cruiser bike for long road trips.