The Indian arm of BMW, a well appreciated German premium car maker, is gearing up towards the launch of its much-awaited 1 Series range in the domestic market. The company has commenced an aggressive brand development campaign for its luxury hatchback that would take on the newly launched Mercedes-Benz A-Class in the country. BMW India has roped in global cricket icon Sachin Tendulkar and race driver Armaan Ebrahim for the promotion of its new 1 Series. The German auto maker calls its 1 Series promotional campaign 'Dynamic1', a contest through which it would give a chance to 10 lucky customers to get a first hand experience of driving the stylish hatchback in Germany. 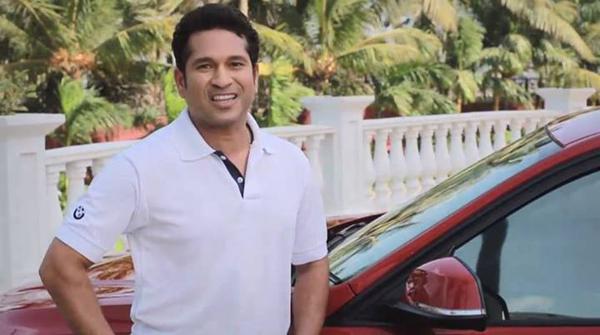 Sachin Tendulkar is a well known automobile aficionado and has been associated with the BMW brand for quite some time in the past. BMW India has even launched a video featuring Sachin talking about the 1 Series luxury hatchback and the Dynamic1 campaign. The contest requires participants to simply register and answer few questions. The chosen lucky ones would be sent on an all expenses paid trip to Germany, where they would drive 1 Series model on the Maisach airstrip near Munich, in the company of Sachin Tendulkar and Armaan Ebrahim. Ebrahim is the only race driver of Indian origin in FIA's GT1 Series, a world championship of sport car racing. In the promotional video, Tendulkar reveals why the BMW 1 Series is perfect for his driving needs.

Speaking his mind on the 1 Series and BMW's Dynamic1 contest, Sachin Tendulkar was quoted as saying, “The 1 Series meets all my driving requirements. Register now and you could be the first one to drive it with me in Germany.” Further Armaan Ebrahim added, “I can't wait to get behind the wheel. The forthcoming driving experience on the racetrack in Maisach has got me very excited.”

As per industry sources, the 1 Series would enter Indian market as a Completely Built Unit (CBU) and the German firm could later start local assembly, if the car's demand and popularity hots up later. At present, BMW 1 Series and Mercedes-Benz A-Class are giving each other stiff competition in Europe, which means that fireworks are expected when the two models indulge in a direct face off in India. Upon its launch in the country, 1 Series would become BMW's cheapest offering and would compete against the newly launched A-Class and Volvo V40 Cross Country premium hatchbacks. The BMW 1 Series is expected to see Indian daylight sometime during this year's festival season and could carry introductory price tags in the range Rs. 20 to 24 lakh.