The long wait is finally done as Rolls-Royce has finally unveiled the eighth generation Phantom ultra-luxury sedan. It’s the second one to come out of Goodwood since BMW took the reins and looks to be the biggest jump in terms of generation for the car in its 90 year-long history. 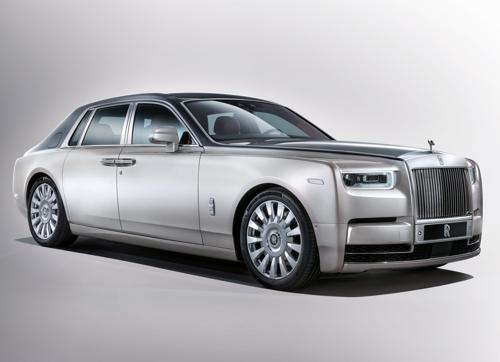 On the outside, the silhouette that defined the modern Phantom for the last 14 years has been retained to keep the legacy going but with new design elements to bring the ultimate symbol of motoring luxury into the modern age. The famous silver grille has been integrated into the face rather than be a standout element by itself. However, its presence has been enhanced by the sleek full LED headlamps and of course the spirit of ecstasy, which sits proudly above the grille.

At six metres, there is a lot of car when viewed from the side! To put this length into perspective, you can have two Tata Nanos standing face-to-face and you still wouldn’t be to complete the length of the Phantom! Surprisingly, for such a large and imposing vehicle, Rolls-Royce has kept the design of the rear end quite simple. The line tapers down as you go further and there are full LED tail lamps that have the RR symbol integrated and illuminated when the lights come on.

The exterior design has hints of relative restraint giving you the impression that Rolls-Royce would like its cars to waft along silently in dignity and opulence. However, step inside through the auto closing rear suicide doors and it’s a whole different world altogether.

To begin with, Rolls-Royce says that it has added a 130kgs of sound deadening material to improve NVH insulation in the cabin. Given that the outgoing model was already pretty good at this; it is kind of hard to imagine how they would be able to up the game. Perhaps, when and if we drive the car, we would be able to give you an impression of what this feels like.

There is the usual stuff like multi-zone climate control, infotainment system with a massive floating display, electric seats that can be adjusted in every way possible and of course, large swathes of leather, chrome trim and wood everywhere. All this would be covered in the first crore or so and wouldn’t garner more than a glance from the buyer.

The thing that would get them really going is the extra (extra) luxury trims like the large colour palate, list of materials for the seats and customisable roofliner. However, the one that caught our attention is what RR has termed as ‘The Gallery’ which is in essence a large piece of toughened glass that runs the length of the dashboard and can be had with a customizable work of miniature art! The list is lengthy and can even include a gold painting of the owners DNA.

Providing motivation to this land barge is a new turbocharged 6.75-litre V12 that produces 530bhp and an undisclosed amount of torque, which we suspect is close to a 1000Nm. There is a ZF sourced eight-speed box sending power to the rear-wheels.

Over 500 words later, I’m still not done describing the new Phantom but this is as far as I will go and you can check back later in the day for more of our coverage on this amazing car. What I can tell you though is that this car is coming to India sometime in 2018 and will do so in a big way! So keep watching here (CarWale) for details and developments.