The Indian subsidiary of the French auto maker Renault witnesses a management rejig after its Head of Operations resigned. "After 25 years with Renault and the last four years heading Renault operations in India, Sylvain Bilaine has decided to leave the company to create his own consultancy firm in France," Renault India said in a statement. Bilaine was Country General Manager for Renault in India.

Renault has now created two new posts in India and it will now have a Country General Manager and Chief Operating Officer. Sudhir Rao, currently stationed in Paris as head of Asia-Africa procurement functions will come in as the chief operating officer. This is a strategic placement that shall help the company in dealings with M&M and Bajaj Auto. Renault currently has a joint venture in India with M&M to manufacture Logan. It is also planning to manufacture another ultra-cheap car with Bajaj Auto in India. 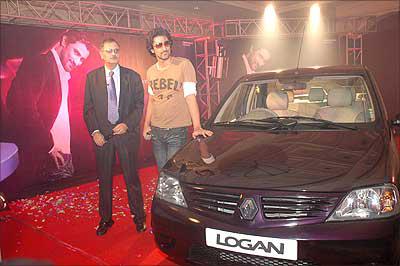 Rao would be the Indian interface with both these Indian companies. Bilaine, who set up Renault India, initiated the ULC project and was responsible for the creation of the Mahindra Renault joint venture operation, has taken VRS and plans to open a consultancy with branches in Paris and India.