Renault India Private Limited, a completely owned subsidiary of the French multinational auto maker Renault SA, has revealed intentions to enter the immensely competitive small car segment of the Indian auto market. At present, the company is riding high on the glorious success of its Duster compact Sports Utility Vehicle (SUV) model in the country. Further, Renault India is planning to expand its product portfolio to 8 cars from the present 5 models over the next five years. One of the three models would be an entry level small car that would cater to the first time Indian car buyers. It must be noted that Renault's global alliance partner Nissan would be introducing its first Datsun model this year, which could come with an under Rs. 4 lakh price tag in the country.

Expressing his views on the company's plans of entering the entry level car segment, Carlos Tavares, Chief Operating Officer (COO), at Renault India Private Limited, said, “We really love this market. I think people here have such a high level of demand and such an accurate value evaluation system that making something for this country is always very challenging. But it is always very rewarding too, if you hit the right product. So, we have to be very sure and identify the right attributes for a product for India.” The Renault COO has affirmed that the company is working profusely on its entry level offering, which is being helped by the country's frugal manufacturing and engineering process.

As per reports, the upcoming Renault entry level small car has been codenamed 'A Entry' and would come fitted with an 800 cc petrol engine under its hood. The Renault A Entry would be launched in India first and its reception among domestic buyers would be evaluated, before it is shipped overseas to other international auto markets. The low cost model is expected to have a simple design, a fuel efficient engine and should offer a good value-for-money proposition. It is going to be interesting to see how the Renault 'no-frills' model would be received in the domestic passenger car market. Speaking on the possibility of an entry level small car, Tavares said, “If that car were to be decided, the first worldwide application will be in India,” and further added, “India would be playing a leading role in that process.” 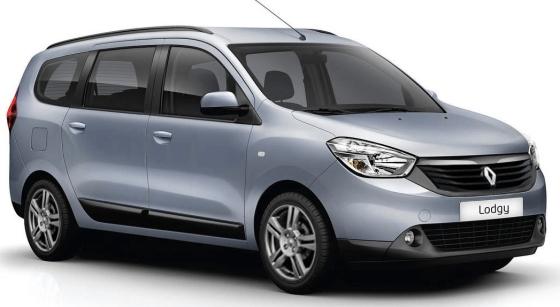 Tavares has explained that in order to build its share in the Indian auto market, Renault would need to regularly add more products. Apart from the basic entry level model, the French auto maker is also looking at bringing a new Multi Purpose Vehicle (MPV), codenamed J92 for launch in the country. The upcoming MPV is believed to be a derivative of the Lodgy MPV, which is made by Renault's Romanian subsidiary Dacia. With a slew of new model launches, Renault India is looking at a short term goal of 5 per cent market share in the country. The company is hopeful of building the foundation laid by its Duster model, which sells around 5,000 units a month in the Indian auto market.

Expressing his views on the marketing strategies used by Renault India in the domestic auto industry, V.G. Ramakrishnan, Managing Director (MD), Frost & Sullivan, South Asia, was quoted as saying, “As the first mover, Duster has taken full advantage of the emergence of this new segment and this has reflected in the volumes sold in the first year of its launch. The challenge for Renault is two-fold — its cross badging strategy is not working and its products in well established segments with well entrenched competitors are not performing in the volume game. Distinct products capable of taking on well-entrenched competitors can help Renault escape the tag of one-product wonder and establish itself as a serious player in the market.”