Renault’s entry-level car, Kwid is a major contributor to Renault’s overall growth in the country. As potential customers eagerly wait for the launch of Kwid AMT, it is believed that the much awaited variant might be launched on November 7. The AMT option will be offered only in the top-end 1.0-litre RXT variant. 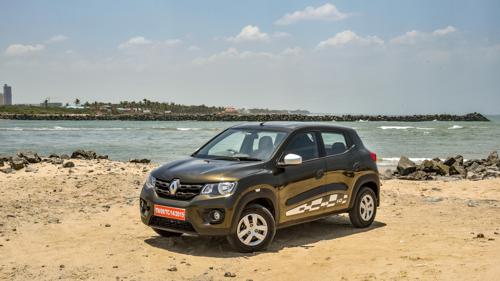 Though some of the Renault dealers in the country have started accepting bookings for the Kwid AMT, the company is yet to make an official announcement in this regard. The new 1.0-litre engine in the Kwid generates about 67bhp of power and 91Nm of torque. The unit is expected to be in a similar fashion as the Easy-R seen in the Duster AMT. It will be a rotary unit that lets the driver choose between neutral, drive and reverse modes.

The new trim will not get any design upgrades and come with standard graphics as seen on the Kwid 1.0-litre model. Inside, it will get 7-inch MEDIANAV touchscreen display, front power windows and more. Post launch, it will complete against the likes of the Alto K10 Auto Gear Shift. As for the pricing aspect, the AMT is likely to cost an additional Rs 30,000 over the regular 1.0-litre RXT Kwid variant. More details about the vehicle will be known soon.