Renault India Private Limited, a subsidiary of the French multinational auto maker Renault SA, has introduced an all-new ‘Travelogue’ edition of its Scala mid-size sedan in the domestic passenger car market. The stunning Scala Travelogue model now graces the Renault retail outlets spread across the country, and comes with a price tag of Rs. 9,78,500 (in the ex-showrooms of New Delhi). The French auto maker unveiled the new Scala Travelogue version in Chennai on April 8, 2013. 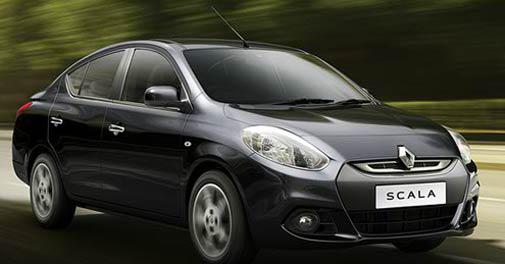 Speaking his mind on the launch of new Scala Travelogue edition, Sumit Sawhney, Executive Director, Marketing and Sales, Renault India Private Limited, was quoted as saying, “Renault’s success in the Indian market has been primarily due to our ability to offer products that meet the evolving needs and aspirations of our customers, enabling the company to see a steady growth despite an increasingly challenging market.”

Commenting on the mid-size sedan’s performance and efficiency, Sumit Sawhney further added, “The Scala Travelogue Edition is another milestone in this tradition and offers the next level in comfort, driving dynamics, fuel efficiency and innovation for better and more connected summer drives, while continuing to offer the exceptional quality and elegance of the Renault Scala.”

At present, Renault India’s best selling products in the domestic car market are the Duster compact Sports Utility Vehicle (SUV) and Scala. In order to increase its share and appeal to more buyers interested in the segment, the French auto major introduced the automatic Scala CVT in the country this year. The Renault Scala CVT boasts off being the first model to offer the next generation X-Tronic transmission system, which allows it to churn out a best-in-class mileage and driving dynamics. The new Travelogue model is offered with the Scala RXZ diesel model to the domestic buyers and is on sale till May 31, 2013.