Renault made an excellent move in the Indian car market by launching the Duster compact Sports Utility Vehicle(SUV), also known as Dacia Duster in the international market, in 2012. This car made a huge impact on the position of the French auto maker in India, which was slightly shaky before the introduction of Duster. The car has done remarkably well in both, international and Indian markets. In fact, the popularity of Renault Duster paved the way for success of the compact SUV segment in India. To further capitalise on the success of the car, Renault has come up with the facelift version of the same that is set to be globally showcased at the Frankfurt Auto Show in September 2013. 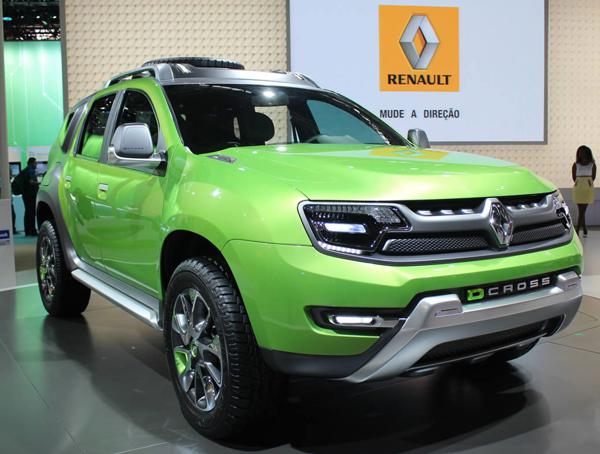 Renault Duster facelift to be unveiled at Frankfurt Auto Show

Experts suggest that with the facelifted version of Duster, when launched in India, will continue to clock good sales counts. The French car maker has decided to give one of its best selling cars a new look to carve a different customer base. Apart from minor tweaks, everything else is expected to remain the same as before. However, industry experts feel that the changes made will be prominent enough to make the new facelifted version distinguished from the current one.

Sources close to the development process revealed that the French car maker will provide a more rugged look to the reworked model. The new Duster will get a redesigned grill which will now have two chrome strips. It will also feature daytime running lights along with new air intake and double-optic headlights. Also, the new air intake and larger light clusters will be hidden behind a redesigned front grille. Chrome tipped exhaust along with newly designed tail lights are the only changes to appear at the rear. Reports suggest that the yet to be launched car will also feature an Eco2 button on the 1.5-litre dCi prototypes.

Regarding the new changes, David Durand, Head of Styling for the Entry range at Dacia was quoted as saying, “We built on the appeal of the original model and its proportions. Identity components such as the grille have been modernized. We have also strengthened the 4×4 cues of the vehicle, while keeping all its useful features. New Duster gets an even stronger character while retaining its initial DNA.”

The Duster compact SUV is also expected to get a new set of roof bars with slatted supports. It will also feature a new badging and a chrome plated tail pipe along with a set of 16-inch Dark Metal alloys. Even without making any substantial changes and sticking to non-comprehensive makeover, the French auto manufacturer is quite confident of attracting new customers through the facelift. Although the changes announced are applicable for the European version of the car, it has been speculated that the new version will also debut in other markets soon after its official launch.

As of now, it can be said that the external upgrades are minor in nature. According to sources, the reason Renault would not have liked to give Duster a major changeover is that the design of the car highly contributed in its success. The car features 16-inch 'Dark Metal' alloy wheels, which will add to the sporty side profile of the upcoming car. Dacia, in its press conference, claimed that the upgrades will 'underscore the car's on-road stance and robust, "go-anywhere" character.' More news regarding the Duster facelift is expected in the near future, before the Frankfurt Auto Show in September, 2013.