Range Rover Velar price to be revealed on 21 September 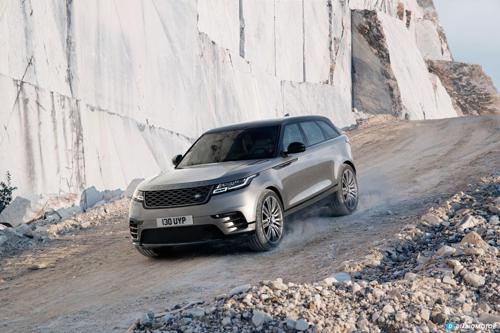 As seen at Geneva Motor Show, the new Velar will get flush door handles that gives it a striking, clean and uninterrupted form. Inside, the Velar gets Kvadrat premium textile that makes use of wool-blend cloth as an alternative to leather. Moreover, it comes with a Touch Pro Duo system that offers two high-definition touchscreens. The front gets a dominant bold grille that sets the tone for Velar’s design language and the Matrix-Laser LED lights that gives it a sporty appeal. The SUV gets copper detailing on the bonnet vents, front bumper blades and side vents.

Pricing and other details will be revealed at the time of its launch. We believe that the Range Rover Velar might be priced between Rs 60 lakhs – Rs 70 lakhs (ex-showroom). Post launch, the new SUV will compete against the likes of Mercedes-Benz GLE, BMW X5 and the Audi Q7 in India.