Jaguar Land Rover, the Tata Group owned British premium car maker, seems to be preparing for the launch of Range Rover Sport in the Indian auto market. Auto analysts believe that the model will be launched somewhere around the festive season, close to the month of October 2013. It must be noted that the auto maker has already enthralled the domestic auto aficionados with the launch of new Range Rover and recently introduced Jaguar F-Type. Industry experts are of a view that the launch of a new model will surely stir the level of competition in the auto market as a number of overseas auto companies are also looking forward to introduce new premium models for the Indian buyers. 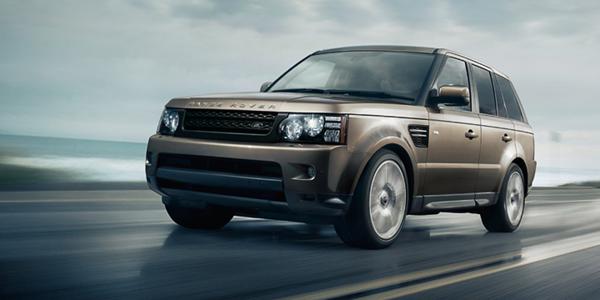 Sources close to the development process revealed that the upcoming model will be offered in two engine options, namely a 3-litre SDV6 and 5-litre supercharged petrol. It must be noted that the model introduced in the Indian auto market is still a generation older under the review of model introduced on the international platform. However, industry experts are of a view that it would not be much long for the British auto maker to start launching its new models in the Indian market as well.

Speaking on exteriors of the upcoming model, the 2013 Range Rover Sport share looks from its bigger sibling model. From the exteriors point of view, the model looks refreshing and athletic, which will create a sense of dominance on the Indian roads. Although the upcoming Range Rover Sport will feature a bulky design, it will be much lighter owing to its aluminium construction. Industry experts are of a view that the new generation model will offer an enhanced drivablity than its predecessor model. Individuals looking for a performance oriented Sports Utility Vehicle (SUV), featuring a powerful engine and enhanced manoeuvrings are advised to wait for the launch of upcoming Range Rover Sport, which seems to be a great deal as of now.