Land Rover is busy making its Range Rover Sport even sportier, as seen in these spy shots of the upcoming coupe version of the popular luxury SUV. As one would expect, the Range Rover Sport Coupe would compete in the same category as other coupe versions of SUVs including the BMW X6 and the Mercedes GLE Coupe. 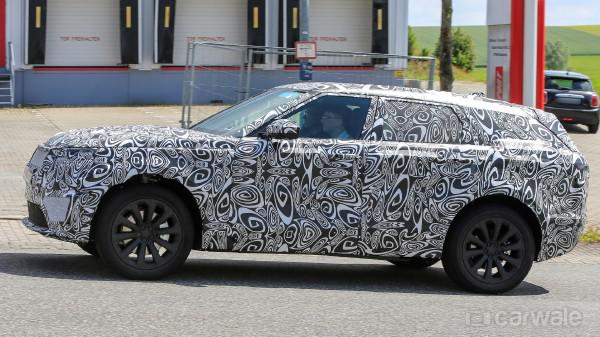 The Range Rover Sport Coupe is expected to set new standards for the brand’s design, interior and on-road dynamics. A lot of the extra agility and sportier handling will be down to the F-Pace’s suspension bits and lightweight aluminium body. At around 4.7m long, this new model will be a little shorter than the X6 and the Mercedes GLE Coupe and in fact, will fit between the Evoque and the Range Rover Sport.

Under the hood, the Range Rover Sport Coupe will feature a range of six and eight-cylinder diesel and petrol engines, however, it’s not yet clear if it will get the four-cylinder engines from the Jaguar F-Pace. It could also feature the all-electric powertrain that Jaguar Land-Rover is developing for its I-Pace electric vehicle.

Land Rover is expected to reveal the Range Rover Sport Coupe by mid-2017. When launched, it will take on the BMW X6 and the Mercedes GLE Coupe. Chevrolet Spin will not be launched in India