Porsche, the completely owned division of Volkswagen Group, has introduced a new model, Cayman S in the Indian auto market. The two-seater sports car has been launched with a price tag of Rs. 93.9 lakh (ex-showroom, New Delhi) and is said to be much powerful than its predecessors, as claimed by the company officials. Expressing hi views at the launch ceremony, the Director of Porsche India, Anil Reddi was quoted as saying, “Along with the Boxster, the (Cayman S) model won the coveted 2013 World Performance Car award this March. It is built for driving through bends like few other sports cars and offers an outstanding sports car experience combined with the practicality of everyday driving.” 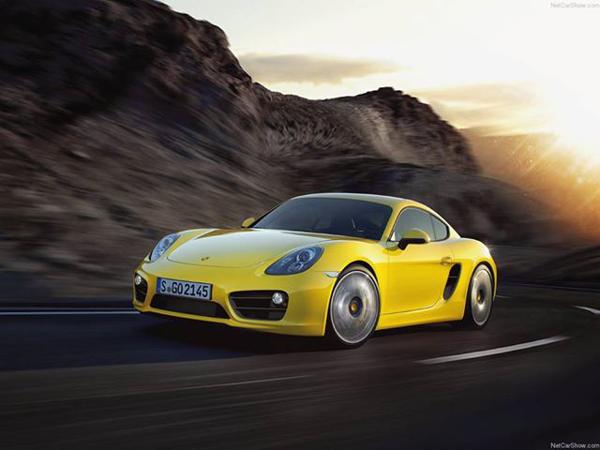 The recently launched model has been equipped with a 3.4 litre flat-six cylinder engine, which has the potential to produce a maximum power of 325 bhp. Reportedly, the Cayman S happens to be a rear-wheel drive model and has been mated to a seven-speed Porsche Doppelkupplung (PDK) gearbox, as an option. In PDK mode, the car smoothly accelerates from 0-100 kmph within just 4.9 seconds, further clocking a top speed of 281 kmph.

It must be noted that after 911 Carrera and Boxster, the new Cayman is the third sports car in India from Porsche to come with innovative lightweight body design and mixed aluminium-steel construction. Reportedly, the new model is around 30 kg lighter that the previous generation model and is 15 per cent more fuel efficient per 100 km than the erstwhile model, despite of its more powerful engine. As a part of standard package, the new Cayman S has been offered with a Sport button, which enables the driver to select between the comfortable tuning and sport-oriented tuning, depending on his mood.

Interiors of the new Cayman are kept parallel to the current Porsche sports car design, which will surely target the high class buyers of society. Additions at interior include an advanced Burmester audio system, which happens to be an optional accessory. Interestingly, this system is specially tuned for this sport coupe.