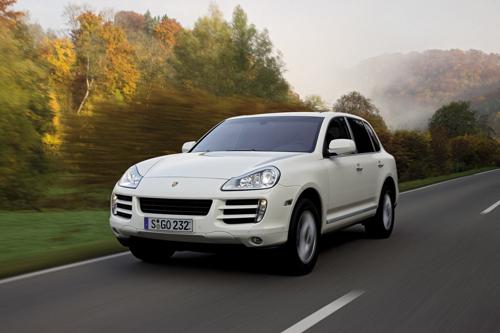 The new luxury car is equipped with a three-litre V6 turbo diesel engine with 240 HP (176 kW) supplied by Audi AG. It will be fitted with the tried-and-tested Tiptronic S automatic transmission as standard. There are seven other models in the Cayenne product line.

The diesel variant comes as a novelty as Porsche has not used diesel engines in its passenger cars in its past 60-years history. Diesel engines have been used by Porsche only in its tractors so far! Cayenne has always been appreciated as an SUV for its superb performance and style but not for its fuel economy. However, the new 3.0 liter V6 Turbo Diesel engine from Audi is expected to do away with that aspect as well.

The company said in the press release that “preparations for market introduction in other countries are underway.” That means there’s a distinct possibility the SUV could be offered in India but a potential time frame is still not clear. Cayenne is India’s largest selling Porsche and a diesel version of this popular SUV is expected to sell like a hot cake.