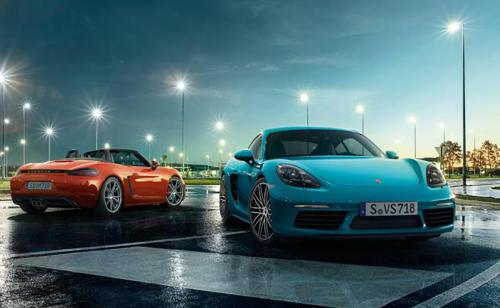 Other Porsches that previously won the world car of the year awards included the 911 GT3 won in 2014, the 911 in 2002, then the Cayman S was the winner in 2006 and the Boxster/Cayman was awarded in 2013. This year, Boxster Cayman emerged at the top from the initial entry list of seven cars from around the world.

The process of selecting world car awards began in September last year in Paris. It was followed by test-drives in Los Angeles and moved to Geneva where top three finalists were chosen. Finally, the declaration was made at the stage of New York Motor Show. The vehicles were scrutinised and voted by an international jury panel comprised of 75 top-level automotive journalists from 23 countries around the world.  To qualify for the World Car of the Year award, the contender vehicles must have a minimum annual production rate of 500 units.

Speaking about their accomplishment, Klaus Zellmer, president and CEO of Porsche Cars North America, said, “We are honoured that the 718 Boxster and 718 Cayman were selected as World Performance Car by such an esteemed, global jury. With its striking appearance and superb performance and handling, the 718 Boxster and 718 Cayman follow in the footsteps of our legendary 718 mid-engine race cars.”