Mumbai streets would see a drop in the number of Fiat Padmini taxis from July 31, 2013. The State Transport Authority (STA) has reduced the upper limit age of taxi cabs in the city from the 25 to 20 years. Therefore, taxis aged more than 20 years would be removed from the Mumbai roads w.e.f August month this year. The deadline for scrapping old taxis has been brought forward by five years over the previously set date in 2018. 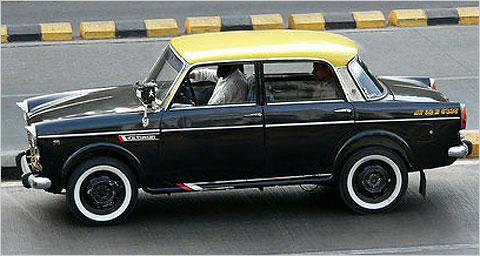 The decision is being chided by the Mumbai taxi cab owners and they are seeking loans at a rate of 4 per cent from the government, in order to replace their ageing source of income. The latest move would see over 10,000 units of ageing Fiat Padmini taxis getting scrapped from the Mumbai streets, which are over 20 years old. As per Mumbai Mirror, a Government Resolution (GR) has reduced the upper age limit of taxi cabs and auto at 20 years and 16 years, respectively. Some 8,000 autorickshaws would be removed from Mumbai roads, following the latest directive.

The STA's decision has received criticism from the Mumbai taxi and autorickshaw unions. However, it also promotes the usage of newer vehicles that emit less carbon and deliver better mileage. At present, Maruti Suzuki Alto, old 800 and other models are also being used as taxi cabs in Mumbai. The iconic Fiat Padminis have been a part of Mumbai's charm over the years, a thing which is soon going to be history.