Off roading event of Mitsubishi Pajero Sport flags off in Hyderabad

On 28th July, Mitsubishi held an event at Hyderabad that saw a good spectator turn out. The Mitsubishi Pajero Sport Heart-in-Mouth event was organised at GMR Off-track Road Rental, which lived up to its reputation of being one of the most daring off-roading boot camp of the country. At the event, around 30 skilled owners of the famous Sports utility Vehicle (SUV) were present to test their driving skills on a 3 km track that had tough obstacles like steep falls and ascents, rubble, slush, ruts and rumbles. 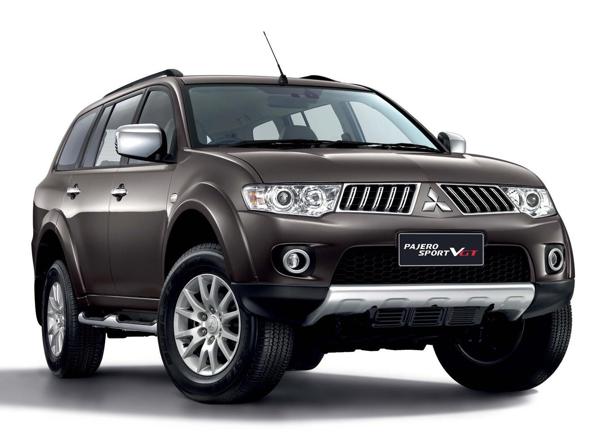 Off roading event of Mitsubishi Pajero Sport flags off in Hyderabad

The heart pumping event for adrenaline junkies was organised by the billionaire group Hindustan Motors Limited, which is a major auto maker known for manufacturing Mitsubishi's passenger vehicles under a collaboration. At the event numerous Pajero Sports car's were present to race across the hilly terrains and dangerous roads. Reportedly, this car was the perfect choice for this event, owing its supreme performance record in the world's most competitive inter-continental Dakar automobile rally.

The event also saw the presence of P. Vijayan who is the Chief Operating Officer and Head of Strategic Business Unit in Hindustan Motor's Chennai plant. He later on flagged off the event, which gave the drivers and their families a distinctly unique experience to have a taste of what off-road driving can be like. An owner of Mitsubishi Pajero Sport named Ahmed Ali Khan who was a Maruti Suzuki dealer said “I was waiting eagerly for the event. It was a great feeling. The event was really a heart-in-mouth experience. My kids also participated. They screamed with excitement throughout the run and are overjoyed. I will certainly like to take part in the event when it is held again.” As told, Khan was smitten by high performance of the SUV while driving it in Thailand and Dubai.

Another participant Murthy Poojari expressed his thoughts on the legendary performance rendered by the car. He said “I have gone for long drives in Pajero Sport which I bought six months ago. However, I had never experienced off-roading. The Heart-in-Mouth event was a thrilling and amazing experience. It really set our hearts pounding. Two of my doctor friends also shared the thrill here today. And now they are planning to buy the vehicle. My family is also here and has loved it.”

The event also witnessed showcasing of Anniversary Edition of Pajero Sport. This new car is provided with additional features including rear view camera, GPS navigation system, edgy spoiler and a touch screen audio system. Besides the unveiling of car, a free check-up service that was exclusively meant for the participating vehicles was organised at the event. Meanwhile, events like this are often organised by respective companies for the sole purpose of giving a glimpse of how their vehicles can perform in the tough conditions. These off-roading events establishes customer's loyalty to the format of an SUV and the manufacturer.

It must be noted that Hindustan Motors Limited is a flagship venture of the C K Birla Group that was established in 1942 by B.M. Birla. The group first commenced operations at the Port Okha in Gujarat. Later in 1948, the operations were moved to Uttarpara in West Bengal, which is the place where the auto maker began production of its famous Ambassador car. Currently the company manufactures its Ambassador car, which comes in 1500 cc and 2000 cc diesel engine options, apart from a 1800 cc petrol along with CNG and LPG variants, at its Uttarpara plant. Besides, Hindustan Motor's another facility at Pithampur in Madhya Pradesh is home for making the commercial vehicle, Winner.

During 1998, Hindustan Motors entered into a collaboration with Mitsubishi Motors of Japan to share technical knowledge. The foreign auto maker used the license of Hindustan Motors to manufacture passenger cars at its third production facility located in Thiruvallur. The highly successful car named Lancer was rolled out in the year 1998 by the company, which was then followed by the launch of Montero in 2011. After that company manufactured various cars like the famous SUV called Pajero, which debuted in the Indian car market in 2002. Recently in 2006, the company introduced a premium sedan named Cedia, which did not experienced a great success. Outlander soon followed the bandwagon with its launch in 2008 while the Lancer Evolution X sports car debuted in 2010. Last year saw the launch of Pajero Sport, which is the latest addition to the fleet of Mitsubishi vehicles.

Recently, the Indian wing of Japanese auto maker Mitsubishi announced plans to discontinue three of its car models in India. According to reports, passenger cars like Cedia, Outlander and Lancer Evolution will no longer be a part of the auto makers' Indian future strategy.