Nissan India, the domestic arm Japanese auto maker, seems to be preparing for the launch of a new premium Sports Utility Vehicle (SUV), Terrano, somewhere in the last quarter of this calender year. Sources close to the development process revealed that the upcoming model will be priced close to Rs. 10 lakh; however nothing is for sure as of now. Reportedly, the auto maker will be offering only diesel engine in its upcoming Terrano SUV in the initial stage, and thereafter, will add the petrol options. Industry experts are of a view that this strategy has been made by the Japanese auto maker, considering the fact that the petrol guises of many same segment models are reporting low demand. 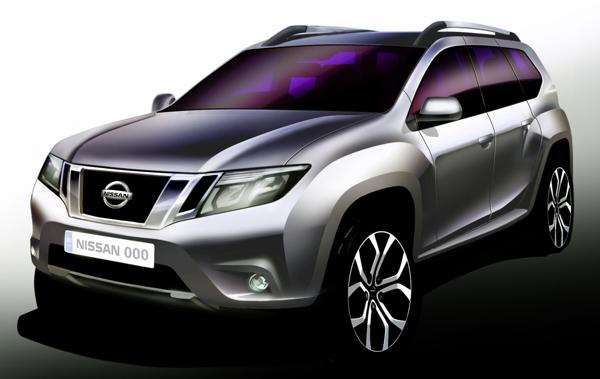 Reportedly, Nissan will be offering its Terrano SUV in four trims, namely XL, XL (O), XV and XV premium. It must be noted that all these variants will be powered by the similar 1.5 litre K9K Renault diesel engine, which is doing a good job in Renault Duster. However, experts stated that this engine is expected to be offered in two different tunes, one generating 83 bhp of maximum power with 200 Nm of peak torque, whereas the other churning out 109 bhp with 248 Nm of torque. In order to add to the performance of this engine, the performance oriented engine of Terrano is expected to come equipped with a five-speed manual transmission system.

Industry experts are of a view that the yet to be launched SUV has been provided with a new grille, redesigned alloy wheels and an eye catching tail lamp. Reportedly, the model will be produced at the Nissan's Oragadam unit, parallel to the Micra hatchback, Sunny sedan and Evalia Multi Purpose Vehicle (MPV). The launch of a new model will take the total count of Nissan's models to four in the Indian auto market. With a price tag of close to Rs. 10 lakh, experts are of a view that the model will be placed alongside the Renault Duster, which is performing significantly, despite of slowdown in market.