With festive season approaching, things are finally looking bright for the Indian car market. Industry experts feel that Nissan is likely to get a good response from the upcoming Terrano Sports Utility Vehicle (SUV), given its combination of style, performance and fuel-efficiency. And if rumours are to be believed then Nissan is also working on the idea of bringing in the Qashqai crossover to the Indian car market. It must be noted that the Nissan Qashqai is currently on sale in European markets and is likely to be priced above the Terrano. 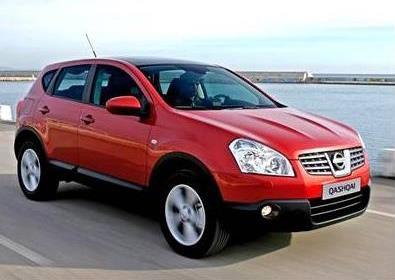 Qashqai is expected not to be a fully loaded off-roader, but will make use of a regular car platform. Industry experts feel that the appearance of a vehicle has a lot to do with its success in the Indian car market and thus, Qashqai, with its style and semi-aggressive looks, could be a hit with Indian buyers. Coming to specifications, Nissan offers two engine options for the Qashqai in Europe, which includes one diesel and one petrol.

Also, the Nissan Qashqai comes with two options for transmission (automatic or manual), front-wheel or four-wheel drives and seating arrangement (five-seat or seven-seat). As of now, everything can be based solely on speculation and comparative analysis as the company has not finalised anything with regards to the Indian market. Industry experts feel that the Qashqai, being a premium product, will be equipped with a lot of advanced features.

According to sources, Nissan has adopted an aggressive policy for the Indian car market. This was confirmed by Andy Palmer, Executive Vice-President of Nissan, who was quoted saying that the company is “going after the Indian market like a steam train.” This claim can be substantiated by recent happenings as Nissan launched the Datsun brand and is gearing up to introduce more vehicles.

Industry experts are of a view that the compact SUV segment of the Indian auto industry has been witnessing a boom from quite a long time. Renault, the French automobile manufacturer, enjoyed one of its best times in India with the success of the compact SUV Duster. Maruti Suzuki, the country's largest passenger car maker, officially announced growth in sales for the month of July. In addition to all this, companies are lining up launches of new vehicles in coming months. The best part about these introductions is that they include a wide range of vehicles, from a compact SUV to a top notch luxury car.