Nissan Motor India Private Limited, a fully owned subsidiary of Japanese auto manufacturer Nissan, has officially announced itself as official partner for the Indian Premier League (IPL) team Delhi Daredevils. A special ceremony was held to celebrate this new partnership. Top Delhi Daredevils players, such as Irfan Pathan, David Warner, Umesh Yadav, Ashish Nehra were present at the gala event, along with many others as well. At the occasion, the Nissan Sunny Xtronic CVT sedan was also on display. In addition, Sumeet Nindrajog, Executive Director for Hover Automotive India, which does the marketing for Nissan Motor India, was present at the event and was seen mixing with the players. 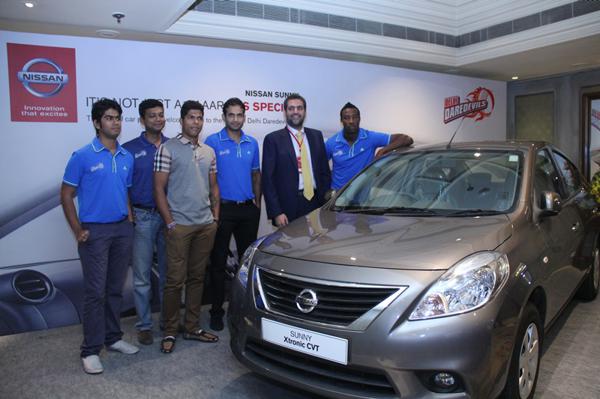 Despite Formula 1 having entered the Indian calendar of snport, cricket still remains the favourite for many. To add to the entertainment factor of the IPL last year, Volkswagen had launched limited editions of its Vento, which had screens to view IPL matches live. This year, though Nissan does not have a limited edition of any of its vehicles for IPL 6, the company is still making a big statement by partnering with team Delhi Daredevils.

In this new association, Nissan vehicle would be seen taking the Delhi team players to different locations. It seems that the Evalia would be the best vehicle for this purpose. Interestingly, the Evalia was seen transporting the equipment and crew members of Red Bull Racing team during the 2012 Formula One Grand Prix in India. 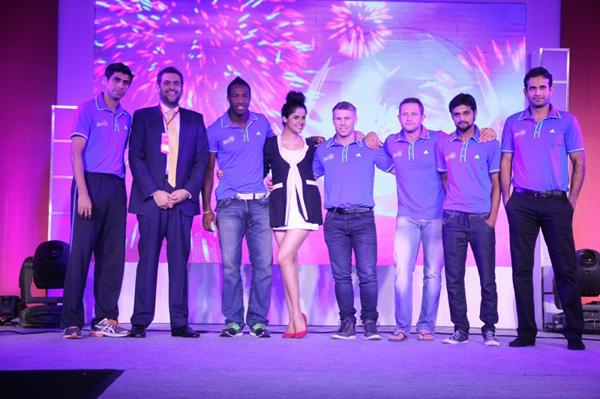 The new Nissan Sunny Xtronic CVT gets Continuously Variable Transmission (CVT), which is more fuel efficient than a traditional automatic gearbox. With the kind of internal space this car comes with, driving it with CVT makes it all the more pleasurable through city traffic. This vehicle gives better fuel efficiency than its manual version, churning out a figure of 17.97 kmpl that is 20 per cent higher. It revs up easily and with Adaptive Shift Control technology, the Sunny Xtronic CVT adapts to the driving style and adjusts the vehicle accordingly for best fuel efficiency.

Tata Motorss Xtreme Drive kicks off in Mumbai on April 26, 2013