Nissan Motor India, a subsidiary of the Japanese multinational auto maker, has postponed the launch date of its new Micra facelift model for the domestic market, to sometime between June and July months of 2013. The revamped Micra is already available in Thailand and is set to enter Indian turf soon. Previously, the Japanese car maker was expected to bring its new Micra for domestic market in May this year. 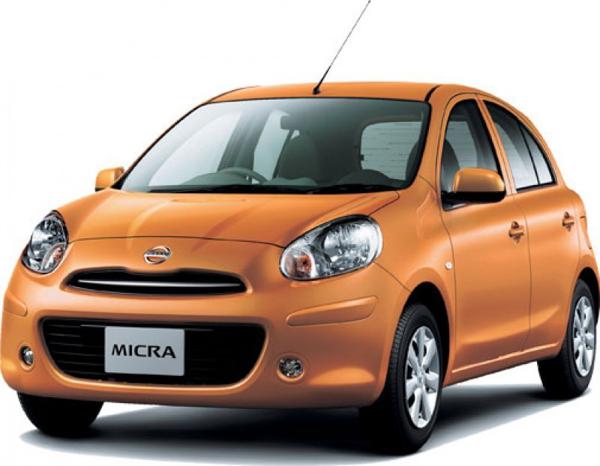 The reworked Micra cars has been caught testing in the country several times in the past few months. The hatchback is Nissan Motor India's best selling model at the moment. As per industry sources, the facelift version could be somehow different from the car available in Thailand. The new Micra boasts of radical looks and the car finally seems to have shed its feminine image.

The Nissan Micra hatchback is also the company's big export volume puller and contributes a major fraction to its profit margins. At present, Nissan Motor India assembles the Micra car at its Oragadam manufacturing facility based in Chennai, Tamil Nadu. No changes are expected on the engine front, and the premium hatchback would be available in both petrol and diesel options in the country. Looks wise changes are kept limited to the exteriors and the reworked Micra has redesigned headlamps, bold front fascia and sharp curves that highlight the company's new design philosophy.

Under its hood, the upcoming 2013 Micra is anticipated to come with no changes at all and would carry same engines as the outgoing models. The Micra petrol would come fitted with a 1.2 litre petrol engine, while a 1.5 litre Renault K9K motor is expected in its diesel trim. Further, the 2013 Nissan Micra would come equipped with much fawned upon CVT automatic transmission system.