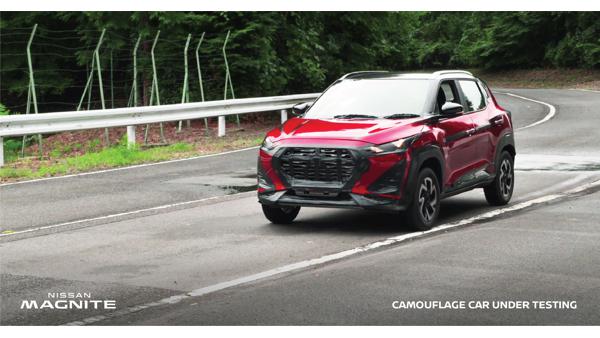 Nissan Magnite sub-four metre SUV will be globally unveiled on 21 October, 2020. The Magnite compact SUV is a part of the Nissan NEXT plan in which the carmaker will introduce 12 new cars globally in the next 18 months. Nissan claims that the vehicle is specifically designed for emerging markets.

Visually, the Nissan Magnite embraces edgy design elements. The LED headlamps look sharp and the detailing merges seamlessly with the boomerang-shaped DRLs. Additionally, the strong creases on the hood and tailgate, and the sculpted bumpers add the much-needed brawn to the SUV. As seen in the teaser, the vehicle features chunky skid-plates and large exhaust vents that further accentuate the sporty theme. 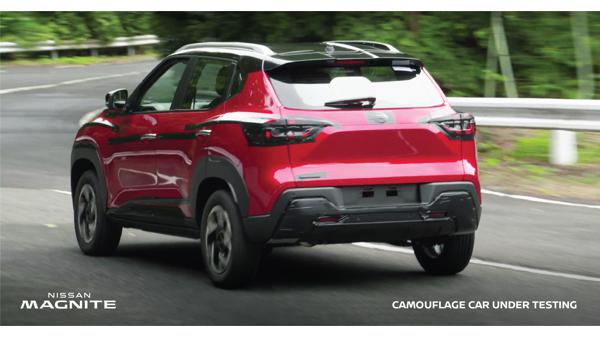 Back in August, Nissan revealed the interior details for the upcoming Magnite compact SUV. Based on what can be seen, the upcoming vehicle will get a black and red theme with stitched fabric seats. The dual-tone dashboard gets a honeycomb design pattern along with a large floating infotainment screen in the centre. The compact SUV gets four hexagonal air vents with chrome inserts on the upper side of the dashboard. To learn more about the interior highlights, click here.

Mechanically, the Nissan Magnite is expected to be powered by a 1.0-litre three-cylinder, naturally-aspirated and turbocharged petrol guise. The former is expected to be offered with an AMT, while the latter is likely to be paired to a CVT. More details about the Nissan Magnite sub-four metre SUV will be known at the time of its official unveiling.