The condition of the auto market has been declining steadily in India. Sales for April-May 2013 shrank down by approximately 10 per cent as compared to the marginal 2 per cent growth in the corresponding period last year. However, undeterred by market conditions, Nissan Motor India has been quite active and has been working on the development of new models for the market. Recently, the Japanese car maker launched the sedan Sunny with Continuous Variable Transmission (CVT) and the new Micra as well as the Micra Active. Along with this, Nissan also made an announcement regarding the entry of compact Sports Utility Vehicle (SUV) Terrano in the Indian market. 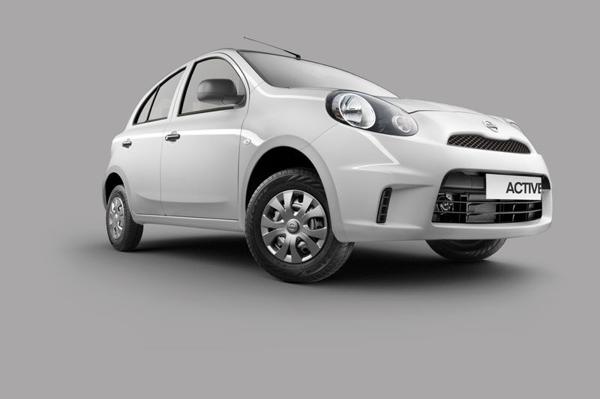 In addition to this, Carlos Ghosn, Chief Executive Officer and Chairman of Renault-Nissan alliance, is stipulated to unveil the Datsun brand on July 16th in the national capital. It is being said that Nissan will showcase the Datsun car at the Auto Expo in New Delhi, followed by a tentative launch in the month of April 2014. Reports indicate that the Datsun car, targeted at the entry level segment, will be priced below Rs. 4 lakh.

A lot of industry experts see these series of launches and announcements as Nissan's attempt to begin its revival as a major force in the market. To facilitate the same, the auto maker is targeting the Indian car market, which is the second largest in Asia-Pacific region, following China. The firm has set itself a lofty goal of achieving a 10 per cent share in the Indian market by the year 2016-2017. This goal is a part of Nissan's Power 88 strategy, which aims at achieving a global market share of 8 per cent, along with an operating profit percentage of 8 by the same time period (2016-2017).

Nissan stepped foot into the Indian car market in 2010 with the launch of Micra hatchback. However, the firm did not receive the kind of response it expected, thereby managed to sell only 43000 units of the Micra in a span of three years. Sunny, on the other hand, has done relatively well by recording a 12 per cent segment share in 2012-2013. A car that generated a buzz in the Indian market is the Evalia, the exports of which have facilitated the sustenance of Nissan's operations in the country. As compared to selling 36995 units in India, Nissan exported 98971 units in 2012-2013.

A lot of reasons can be attributed to the inability of Nissan doing well in the Indian car market. Wrong positioning of products, cross-badging decision taken by Renault-Nissan alliance and the lack of a proper communication strategy have combined to prove the nemesis of Nissan in India. The Japanese auto maker also faced a lot of issues with its dealers, who were hurt by low domestic sales and the subsequent dip in volumes of services and sales of spare parts. Adding to this issue was the conflict with Hover Automotive, a master franchisee who were quite unresponsive towards dealers.

However, Nissan has sought to improve upon this situation and making certain moves to enhance its relationship with dealers. Learning from previous errors, Nissan has reduced the amount of investment made by new dealers to make things more viable. On this, Sunil Maddala, Vice President, Sales and CRM for Hover Automotive, the master franchisee of Nissan, was quoted as saying “We now have 95 dealers covering 60 per cent of the market and this figure will touch 150 by end of this fiscal. In 2014/15 we intend to add another 100 dealers.”

This series of new launches has been aimed at tackling positioning issues that existed earlier. The company is expecting to do really well with the launch of the Terrano, which will be a part of one of the fastest growing segments in the market for passenger vehicles. Notably, the Duster from Renault has been a huge success and has captured a share of almost 25 per cent in the compact SUV market. The company is also banking on Datsun to create ripples in the market and improve its position in the market. “With Datsun we will target a completely different set of car buyers,” added Maddala.