New Toyota Innova To Be Launched in India

Toyota Motors is planning to launch a new facelifted version of Toyota Innova in India on January 28, 2009. The new Toyota Innova will compete with recently launched Mahindra Xylo. The new model will have mostly cosmetic changes on the exterior with refreshed bumper, grille, fog lamps and new front skirt. While looking inside, the new Innova will showcase the new color wooden panel interiors with climate control AC, steering mounted audio controls and an in-dash CD changer.

Toyota also plans to bring the alternative fuel versions of its mode, Innova in India. It had announced last year that it will bring CNG version of Toyota Innova to the Indian market which will cost approximately Rs. 75000 -90000 more. The company has said that because the CNG kits had to be approved by Toyota Motor Corp., Japan, and there was a difference in the installation procedure, the CNG kits for the Toyota CNG Innova are more expensive. 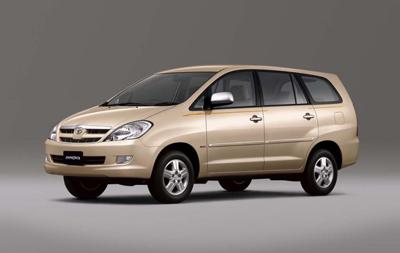 “The CNG Innova should be launched commercially some time in January end. At present, we are conducting test trials of the model,” said Sandeep Singh, Toyota Kirloskar’s Deputy Managing Director. Toyota will tie up with Minda Industries for its CNG kits for CNG variant of Toyota Innova.