Ford India is all set to launch its news small car by early 2010. The company is currently testing around 300 prototypes of the small car on the road. The new small car will share its platform with its European and Australian siblings and will have 85 percent localization. This will help Ford to curb the cost and place the car competitively in the Indian market which is one of the most price sensitive markets in the world. 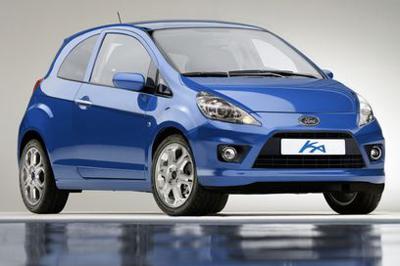 The new small car is being primarily designed for the Indian customers to suit the Indian driving conditions and the Indian roads. The company intends to launch 1.2L petrol engine to get the excise duty cut and probably 1.5L diesel engine.

Ford has sustained the credit crisis in the US market and Ford India has already invested nearly USD 900 million in India. This includes its $500 million investments on the new engine plant and the small car project as well as ramping up of the vehicle assembling capacity from 0.1 million units to 0.2 million units. The company has also recently signed an MoU with the Tamil Nadu state government which will see fresh investments of $400 million in the auto sector. The new plant will have a production capacity of manufacturing 100,000 units annually. It will also be able to produce 250,000 engines each year.