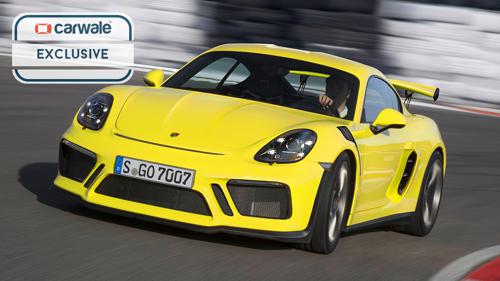 The upcoming Porsche 718 Cayman GT4 RS gets new styling cues. The front appears to be wider than the regular GT4, as it gets wider vents and bigger intakes. The bumpers have been redesigned for freshness and it also gets new bi-xenon headlamps this time around. As for the sides, the production version is also expected to get wider wheel arches and sporty side skirts. The upcoming vehicle is also expected to get a new mirror design along with a new alloy wheel design. The rear is expected to be adorned with LED tail lamps and four-point brake lights.