Nissan, the well appreciated Japanese auto maker, is all prepared for the launch of facelift version of its flagship Micra hatchback, which has always been considered as a good option in the premium compact car segment. However, because of its not so pleasing interiors, the model was overlooked by several potential male buyers, which forced the company to launch a revamped version of the same. Industry experts are of a view that the new generation model of Micra will be introduced on July 3, 2013 amid great buzz. 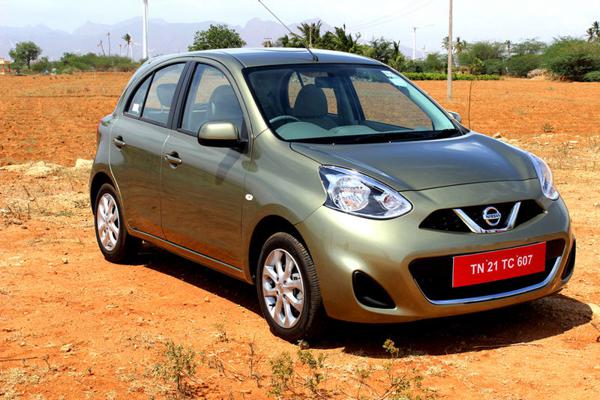 Sources close to the development process stated that the new Micra seems to be more contemporary from the front fascia and its interiors are now much livelier than the current generation model. The main highlights at the exteriors of the new model include new angular head lights, a wider front grille with a V-shaped chrome insert, redesigned front bumper and new fog lamps. Modifications at rear end includes new LED tail lamps and few cosmetic changes. Also, the lower portion of 2013 Micra has been provided with a new style, whereas its side profile has been kept same, except the new alloy wheels which are expected to be offered with top-end models only. Post launch, the model is expected to deliver a stiff competition to the likes of Maruti Suzuki Swift, which has been a dominant player of this segment.

It must be noted that among so many tweaks, the technical configuration of the model has been kept same. The upcoming Nissan Micra will be equipped with the same 1.2 litre petrol engine, which has the potential to churn out a maximum power of 73 bhp with a peak torque of 104 Nm. Along with, a diesel engine Micra is also on the cards of Nissan India, which will be incorporated with a 1.5 litre powertrain, belting out a highest power output of 63 bhp and 160 Nm of torque. Interestingly, the driveability of the diesel run Micra has been enhanced as the current generation engine has turbo lag.