Mahindra is now planning to launch a new face-lifted Scorpio in the Indian market. Customers will have the new Scorpio with changes in the exteriors as well as in the interiors. The car is being readied for the US customers also as the company is planning to set its foot in world’s biggest auto market with the Scorpio. 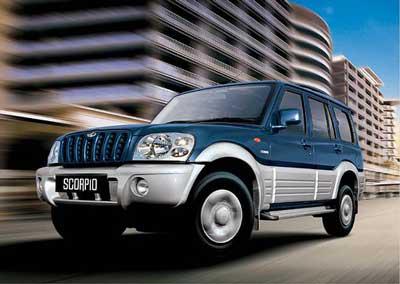 Mahindra Scorpio was first launched in 2002 and has been a success story for the company since past seven years. Now, the company is planning to launch the new version with better features, styling and interiors to lure the Indian customers. The new version will have a new bumper, a headlamp and new stickers on the body panel. The company also intends to fine tune the suspension of the Scorpio for better handling and safer driving. The 2.6L CRDe engine will be replaced by superior m_Hawk engine. Currently m-Hawk engine contributes towards 40 percent sales of the company. The new facelifted scorpio will replace all the existing variants of scorpio - from M2DI to top end m_hawk Automatic variant.

Customers can expect the new Scorpio to hit the market by early March 2009. The company has not made any official statement about the launch or the new price, if any.