LML, the Indian two wheeler manufacturer, has revived its long forgotten commuter bike- Freedom in the country. The bike is powered by a 110 cc engine and has been re-launched by the manufacturer with several enhancements. The all new 2013 LML Freedom comes with a refreshing dual-tone paint with a number of choices including black, red, beige, blue and silver. Other major highlights of this motorcycle include silencer with chrome guard, electric starter, black-painted engine and black alloy wheels. Another interesting feature in the bike is the side stand with gear lock, which locks the gear slot when the side stand is engaged. 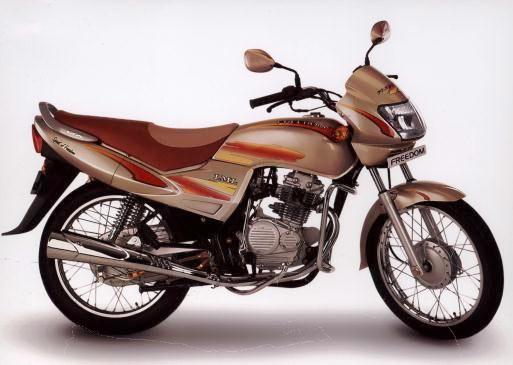 The refreshed variant of the bike is powered by the same 110 cc powertrain that served the old generation Freedom. However, the technical specifications of the new model has not been made public yet. The bike is already available at authorised LML dealerships in National Capital Region (NCR). LML has stopped production of its motorcycle unit, however, the manufacturer continues to sell its line-up of geared scooters in Punjab, Goa and NCR. LML is planning to launch a new model of scooter and motorcycles in India soon. It is expected that the new Freedom will eventually be made available in dealerships across the country.

This all-new refreshed model of LML Freedom is being offered in two variants viz. DX and LS. The new Freedom DX is priced at Rs. 49, 410 and LS variant is up for grabs for Rs. 49,950. With a large number of models present in the 110 cc commuter bike segment and with contenders like Bajaj Auto and Hero MotoCorp, it remains to be seen how the new Freedom fares in the market.