The 2019 BMW Z4 was spotted testing recently. This time around the German car manufacturer has revealed its plans to commence the Z4 production later this year. The new model will first be launched in Europe followed by its India debut by the end of 2019. The new generation model will be manufactured at the company’s facility in Graz, Austria. Along with fresh cosmetic and feature upgrades, the new model is also expected to be offered with two engine options. 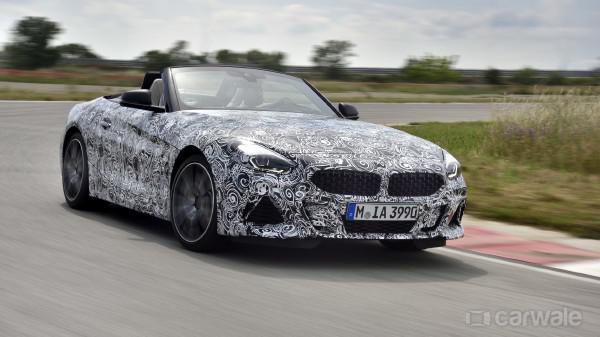 The company has confirmed that the top-spec variant will be the Z4 M40i which will have a 3.0-litre straight-six engine that will generate around 350bhp of power and 500Nm of torque. Moreover, the vehicle will be offered with a lowered sports suspension and electronically controlled dampers, a newly developed front axle, M light alloy wheels with mixed tyres, an M sports brake system and an electronically controlled lock in the rear axle differential. BMW might also offer a 2.0-litre entry level version along with a 205bhp hybrid version.