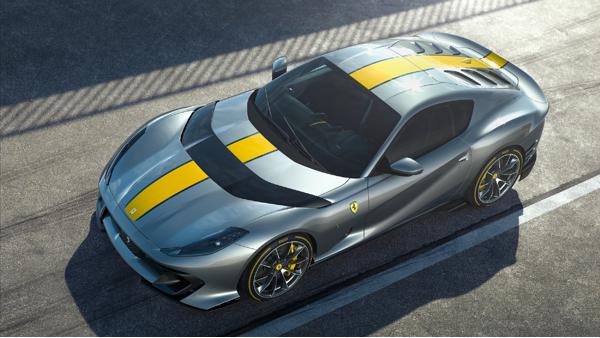 The first official images of Ferrari’s latest limited-edition special series have been revealed in the build-up to its world premiere on 5 May, 2021. At the heart of the Special Edition Ferrari 812 Superfast, touted to be called the 812 Imola, is a naturally aspirated V12 engine that produces 819bhp at 9,500rpm. New components for the engine include a valve timing mechanism and an exhaust system.

A few other notable elements of the upcoming Ferrari 812 Superfast Special Edition will include independent steering on all four wheels, extensive use of carbon-fibre to reduce the overall weight, and version 7.0 of the Side Slip Control vehicle dynamics system. The folks at Ferrari have aerodynamically designed the 812 Superfast Special Edition to maximise downforce levels, with changes such as the new front air intakes, rear diffuser, and exhaust configuration to the patented design of the rear screen, which now hosts vortex generators. 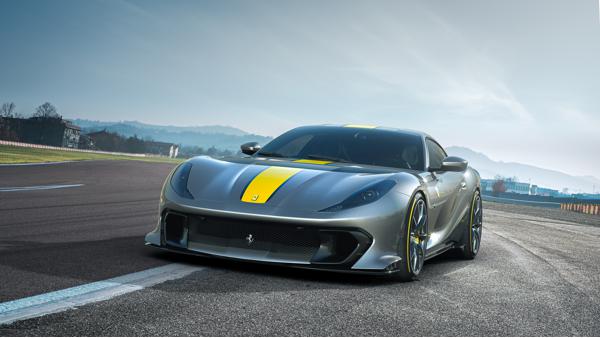 From a design point of view, this new special series based on the Ferrari 812 Superfast features a single-piece aluminium structure. The vortex generators it sports improve the car’s aerodynamic efficiency, but the design solution chosen, which is fully integrated with the roof, simultaneously creates a backbone effect that underscores the car’s sculptural forms.

Together with the carbon-fibre blade that traverses the bonnet, this motif changes the overall perception of the car’s volumes; and the bonnet now seems shorter, emphasizing the width of the car, while the tail has a more powerful, fastback look, thus making it appear more compact and competition-like despite it sharing the 812 Superfast’s silhouette, proportions, and formal balance. Even the rear spoiler now looks more imposing; it is higher but the specific design treatment used also makes the tail look very wide, almost horizontal. 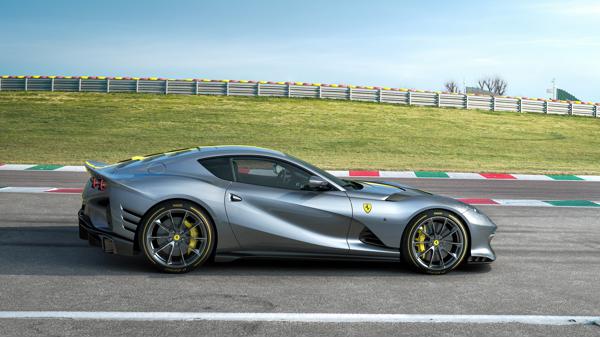 The interior architecture very much reflects that of the 812 Superfast, retaining the main dash and door panel interfaces and volumes, including the signature diapason motif. Along with other elements of the interior, the door panel has been redesigned to reduce weight and, combined with the introduction of the H-gate theme on the tunnel, this lends the cockpit a sportier, more modern edge that reflects the car’s racing spirit. Stay tuned for more details that will be revealed on 5 May, 2021.