Toyota Kirloskar Motors is planning to introduce new face lifted Toyota Camry in India on July 31. This model is being manufactured by Toyota since 1980 and was initially a compact car. it now sells as a sedan and is considered a good mid-sized car globally. 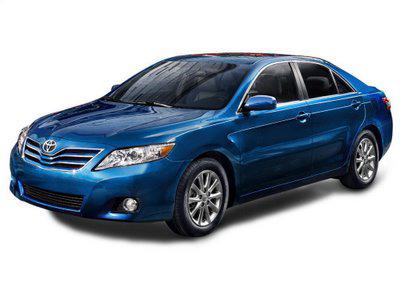 The new variants is expected to give a tough call to Honda’s smartened Accord with a V6 engine and the new Skoda Superb. The seventh generation Toyota Camry was unveiled at the 2009 North American International Auto Show. It is not yet confirmed if the new car will be same as the one unveiled at the Auto show. The final price of the new car is yet not known but is expected to be priced in the range of the Skoda Laura, Honda Accord V6, Hyundai Sonata Transform.

The changes in the facelifted Camry will mostly be cosmetic and will include new front grill, new headlights, new fog lamps, indicators on rear view mirrors, 10 spoke alloy wheels and Aux input for audio system. The new Camry will be available in two new colours namely Dark Green Mica Metallic and Beige Mica Metallic. Only 400 cars are allotted to India for 2009.

Nissan Micra Made in India