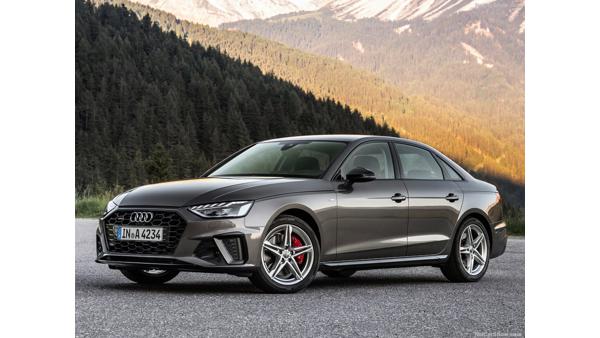 Audi India has revealed the launch date for its upcoming luxury sedan – the A4 facelift. The German car-maker will take the sheets off the A4 on 5 January 2021. The bookings for the facelift have already commenced for a token amount of Rs 2 lakh at the brand’s dealerships and official website.

The A4 facelift has also entered the production line at the company’s plant at Aurangabad in Maharashtra. The upcoming sedan looks more sophisticated and cultured than the previous model. The front fascia is adorned by a single-frame grille, redesigned LED headlights and taillights, five-spoke alloy wheels and trapezoidal-shaped exhaust tailpipes.

The luxury sedan will also witness a new engine under the bonnet. Replacing the old 1.4-litre petrol motor will be a more powerful 2.0-litre TFSI petrol engine developing 188bhp and 320Nm of torque. It will be paired to a seven-speed dual-clutch automatic transmission with a front wheel drive. A diesel option is unlike to be offered initially with the facelift version. Interestingly, BMW has also announced the 3 Series Gran Limousine launch in the same month and Volvo will be introducing the S60 in March 2020. This makes the competition tricky for the senescent Mercedes C-Class and the Jaguar XE. The A4 will be the first product from Audi’s stable to be launched in 2021 with more models lined up for the remaining year.

Jeep Compass facelift teased ahead of debut on 7 January, 2021