It seems that the everlasting Ambassador car from CK Birla company Hindustan Motors is now close to being launched in a BSIV avatar. This version of the car is anticipated to get a 1.5 litre diesel engine, as displayed to many office bearers of Kolkata taxi associations. Representatives of these associations and a few Hindustan Motors dealers drove the new vehicle and felt satisfied with the responsiveness of the new engine, as it was driven around a track in Uttarpara, Kolkata, adjacent to the company plant. 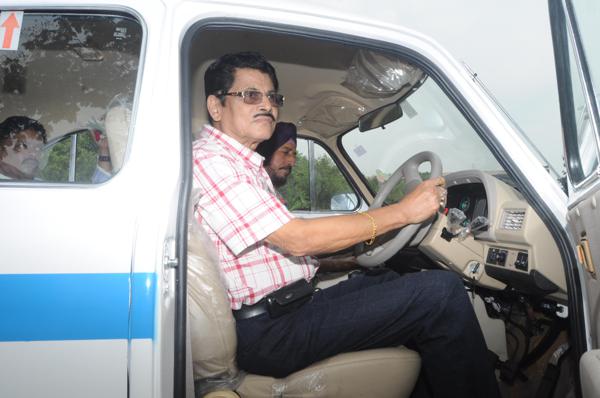 Senior members of the associations and dealers found the new Ambassador superior to the current model. Bimal Kumar Guha, General Secretary of Bengal Taxi Association, commented, “I myself drove the BS IV Ambassador over several laps of the test track and found that the new vehicle offers higher power and torque, better vehicle control with power steering, improved gradient negotiating capacity, better cooling and overall better driveability with no compromise on fuel consumption. Of course, it meets the emission norms. I could not detect any smoke.” Calcutta taxi association secretary Tarak Nath Bari echoed similar sentiments, “The drive proved that the new vehicle fully matches the technical specifications provided by HM. It is real value for money and will positively make better business sense to buyers, particularly in the taxi segment. Kolkata had been waiting for BS IV diesel Ambassador for quite some time.”

As the Ambassador had a BSIII engine, it has been banned from 17 metropolitan cities since April 2010. Hindustan Motors is expected to launch the new vehicle soon across the country; this time with a new name.

It must be noted that the Ambassador has been the flagship vehicle for Hindustan Motors since 1948. Apart from being a car capable of transporting the entire family and its luggage with ease, it was also famous for being a politician's vehicle from a long time. Over the years, with its simplistic design and lack of refinement, Hindustan Motors has seen dwindling sales for the vehicle. However, with this new engine, the company hopes that this iconic vehicle continues to live on for many more years.