Ford India has announced that it will be airing a new adventure driving series, titled MyEndeavour alterrain, in partnership with National Geographic channel, which will be an all new adventure driving series. Each of five celebrities, namely director Nagesh Kukunoor, actress Gul Panag, boxing champion Vijender Singh, actor Rajeev Khandelwal and writer Chetan Bhagat would set out on a thrilling journey across different regions, with an aim of finding answers to their personal endeavours. Each of them would get the newly launched Ford Endeavour Alterrain edition to drive on their respective terrains. The reality show would be aired once a week, beginning from May 2013. 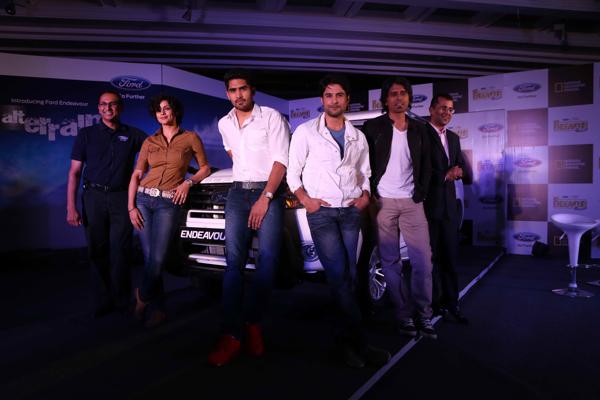 Speaking on the new brand building efforts by the American manufacturer, Vinay Piparsania, Executive Director for Marketing Sales and Service at Ford India said, “Ford has found a fitting partner in National Geographic Channel to present MyEndeavour Alterrain. Real people and their real experiences have been synonymous with both Ford India and National Geographic Channel and the viewers of this show would be able to relate to that spirit of adventure when they will see these motivated individuals drive to their calling in the dependable Endeavour Alterrain Edition.” Though the Ford Endeavour begins from Rs. 19.11 lakhs (ex-showroom, New Delhi), the new Alterrain Edition can be bought at Rs. 23.20 lakh (ex-showroom, New Delhi).

On the exterior front, the new Ford Endeavour Allterrain Edition gets a sharp front grille with an aesthetically pleasing nameplate badge. The vehicle also gets new features such as a roof tray a front nudge bar, chrome exhaust trims, a rear spoiler and a fifth door mirror. New alloy wheels add to the imposing road presence of this vehicle. Wooden panels have been incorporated on the inside with tasteful metallic touches in different areas. Modern practical technology in the form of shift-on-the-fly (four wheel drive), touch screen satellite navigation (SATNAV), reverse camera and audio control stalk for luggage and passengers have been included in this vehicle. The Ford Endeavour also got appreciation of being the 'Most Dependable SUV' as per the reputed J.D. Power Asia Pacific Dependability Study for three consecutive years. 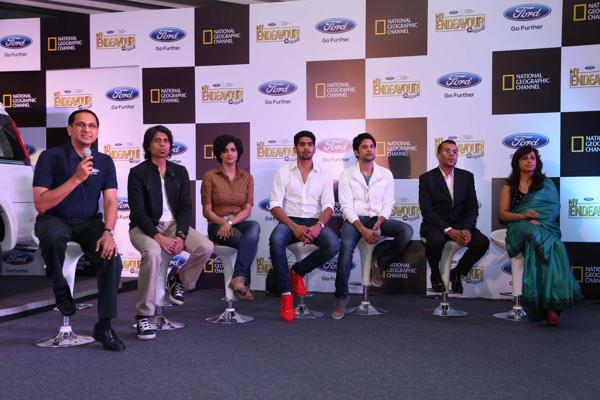 Nagesh Kukunoor’s ultimate wish is to complete an unfinished road trip that he had embarked upon in 1995. By way of this journey, he would also explore locations for shooting one of his new films. Olympic medal winner Vijender Singh endeavours to visit the Indo-Pak border after driving across Rajasthan and sing for the Army Jawans posted there. Writer Chetan Bhagat would be travelling on a unique journey to Junagarh (Gujarat) in order to meet the country’s only African tribe. Gul Panag is a frequent explorer and wishes to embark on a journey of coastal Karnataka by driving from Goa to Hampi. This area remained unexplored on one of her previous trips. Finally, actor Rajeev Khandelwal want to get closer with nature, by camping under the sky and get a feel of cultures from Dibrugarh in Assam to Pasighat, Arunachal Pradesh.

“MyEndeavour Alterrain will take viewers of the National Geographic Channel into the fascinating journeys of five individuals who set out to find a few answers, gather experiences, and quench a long time thirst. Their journeys will be documented across breathtaking landscapes and all kinds of terrains, this vast country has to offer. We are excited to partner with Ford and feature the Endeavour Alterrain Edition in this unique series that packs in both power and soul. We are confident that this show will appeal to everyone who has been bitten by the Wanderlust,’’ said Debarpita Banerjee, Vice President of Marketing of National Geographic and Fox International Channels, India. Over the years, National Geographic has been known to prepare great documentaries with breathtaking photography.